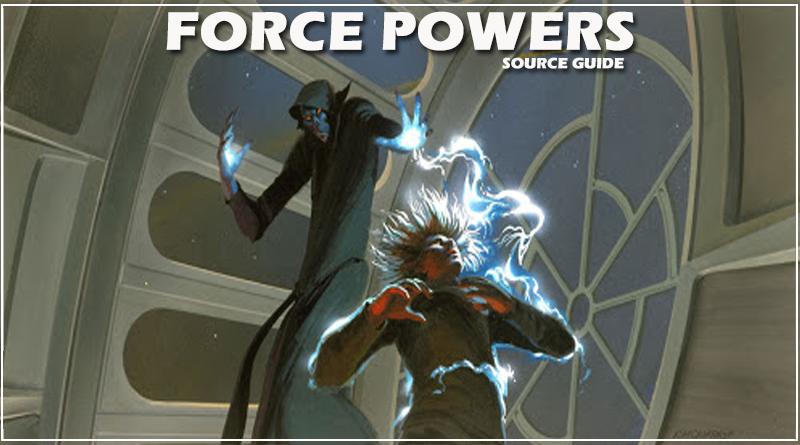 The Force is believed to be a metaphysical, binding, and ubiquitous power that holds enormous importance for both the Jedi and Sith monastic orders. The Force is viewed in many different aspects, including, but not limited to, the light side, the dark side, the Unifying Force, and the Living Force. The first two aspects were concerned with the moral compass of the Force in its various manifestations. The light side of the Force was the facet aligned with compassion, courage, healing, and benevolence, while the dark side of the Force was the element aligned with hatred, fear, aggression, and malevolence. The latter two aspects were defined by prominent Jedi philosophies: The Unifying Force essentially embraced space and time in its entirety while the Living Force dealt with the energy of living things. Though the Force was categorized in this way, there were no specific abilities or powers that were only usable by a follower of a different path of the Force; the Force partially existed inside the life forms that used it, and drew energy from their emotions.

Though the Force was thought to flow through every living thing, it could only be harnessed by beings described as “Force-sensitive”. This Force-sensitivity was correlated with, and sometimes attributed to, a high count of internal microorganisms called midi-chlorians that were found in a Force-sensitive’s blood: the higher the count, the greater the being’s potential Force ability, though there were some exceptions to this rule. Force-sensitive beings were able to tap into the Force to perform acts of great skill and agility as well as control and shape the world around them. Sometimes this ability was described as having a strong Force “aura”.

Additionally, the Nightsisters practiced a form of the Force using spells called Magick. A force sensitive character can be trained in the use of Magick if aligned with the Nightsisters. All Nightsisters learn the various levels of Magick as they age from small child to adult.

There are seven schools of Nightsister magicks, although some spells fall under more than one school, or outside them altogether.

The practice of Illusion magic, while the simplest to use for novices, has a wide variety of uses both in and out of conflict. In short, Illusions are spells that allow the user to fool their targets into believing whatever the witch wishes them to. The stronger the witch, the higher chance that she will twist the mind of her prey. Those with weak, simple minds or animals are the most susceptible to Illusions. However, more intelligent people or those who have fallen under a particular spell before have a higher chance of breaking free of an Illusion sooner, or even resisting it altogether. Some spells also allow the user to alter the laws of the physical world and perform feats otherwise thought impossible.

The spirit ichor also allows Nightsisters to heal and protect their bodies, spirits and minds. This is often taught before spells that can inflict damage upon the caster so that witches may prevent or treat injury. The Waters of Life can not only treat a number of various afflictions, but it can also enhance the user’s physical attributes. Most of these spells can be used on both the caster and someone else.

Waters of Life Level I

After a Nightsister has learned to fool the weak-minded and heal her allies, she is finally ready to learn how to inflict harm on her enemies. The most effective means of utilizing magic in combat is to channel raw power from the spirit ichor into a variety of different attacks. Some spells are meant to simply stun or immobilize enemies, while more potent abilities can cause a high amount of damage.

While the use of objects that have been imbued with the Force can be found in many cultures throughout the galaxy, none are as cruel and intimate as that of the Nightsisters. Shamans on Dathomir were known to craft idols in the likeness of someone they wished to inflict bodily harm upon. That idol would then be suffused with life energy from a strand of hair from the victim, as well as a great amount of spirit ichor, often contained within a cauldron in boiling liquid form, also known as the Waters of Life. By pricking the totem with needles and other implements, or even submerging it in the cauldron, spirits would be sent to transfer pain to that victim.

One of the more difficult schools of magic to learn, Conjuring is the art of drawing on the spirit ichor’s power to manifest itself as tangible objects in the physical world. Some spells are used to give a witch a weapon in her time of need, or to call upon the ichor to send her a guardian to assist in combat. Nightsisters also use spells that prevent their foes from conjuring, or even to banish items or allies they have conjured, sending them back into the spirit ichor. Skilled witches can call upon stronger weapons and allies, and the most skilled can even call forth wells of pure ichor energy that replenish and enhance her magicks.

The most powerful of witches are capable of performing rituals and casting spells that pervert the laws of nature and directly interact with the Spirit Realm. Necromancy, while initially frowned upon and considered unholy, it later gained respect among the Nightsisters. Those with great knowledge and skill can reverse death, bringing back corpses as zombies to fight by their side. Some witches are even able to draw on the power of those whose bodies have already decayed, bringing them forth as spirits. The most powerful necromancers are even able to open portals to the spirit realm and cheat death itself.

Some spells were considered more taboo than Necromancy, too powerful and unnatural for even the darkest of witches. These spells came to be known as Blood magic because they never came without a high cost. Sometimes the user must sacrifice a temporary loss of physical strength, years off of their life, their own blood, or even the lives of those they love. Because of this, the Nightsister shamans of old hid knowledge of these spells and their incantations in well-hidden temples scattered across Dathomir. But for some, the price is worth it due to the sheer power of these spells. Some spells allowed the users to defy space and time, while some allowed them to unleash incomprehensible damage. All Blood spells require an incantation to be spoken aloud before being casted. The incantation can be spoken in any language, but it must be properly translated from Dathomiri or undesired results may occur.

Force Speed
Up the Walls