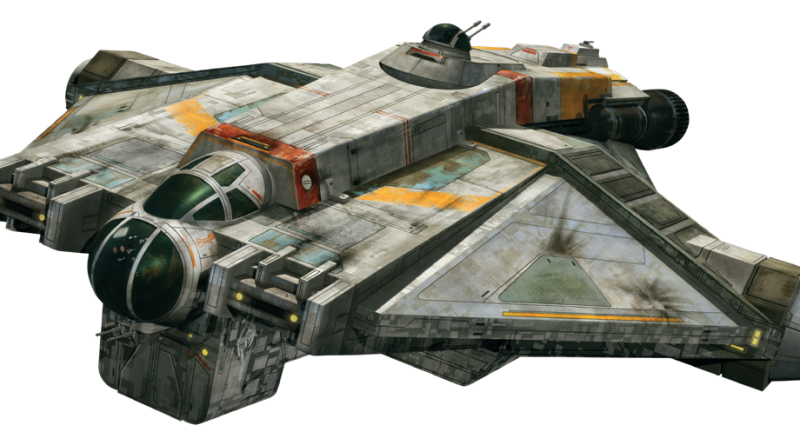 The term ‘space transport’ refers to any vessel that’s bigger than a starfighter and smaller than a capital ship – of course, those boundaries aren’t set in durasteel. But for the most part, space transports are defined by their function – moving people or cargo from one location to another. That could be across a space dock or across the galaxy, it all depends on the ship’s capabilities and their pilot’s intentions.

Transports came in a wide variety of sizes, from small light freighters like the Corellian Engineering Corporation YT-1300 to massive transports that could contain thousands of tons of cargo. Transports such as freighters and passenger liners were not designed for military encounters and were normally unarmed and slow-moving. However, transports were easy to modify and convert into effective combat vessels, a practice which was done by pirates and smugglers. Military organizations also adapted the transport to ferry troops and provide combat support. The Sentinel-class landing craft by Cygnus Spaceworks was used by the Imperial Navy to swiftly deploy its personnel to planets below. The Gauntlet fighters were used by the Death Watch Mandalorians to transport Death Watch troopers and provide combat support.