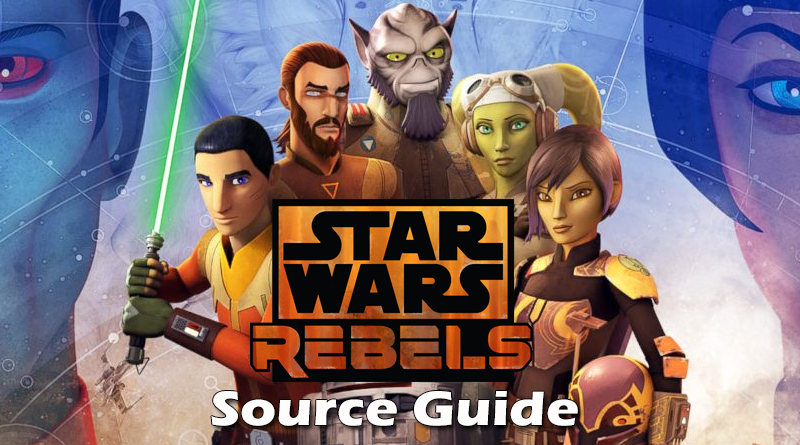 The series follows a motley group of rebels who live aboard the starship Ghost as they fight against the evil Galactic Empire. The rebels include Ezra Bridger, a young orphan from Lothal who learns he can use the Force; Kanan Jarrus, a Jedi who survived Order 66; Hera Syndulla, a Twi’lek pilot and veteran resistance fighter; Sabine Wren, a Mandalorian explosives expert; Garazeb “Zeb” Orrelios, a Lasat warrior; and the cantankerous astromech droid C1-10P, also known as Chopper. The crew will eventually help give rise to the Rebel Alliance.

The Rebels Source Guide is in development.