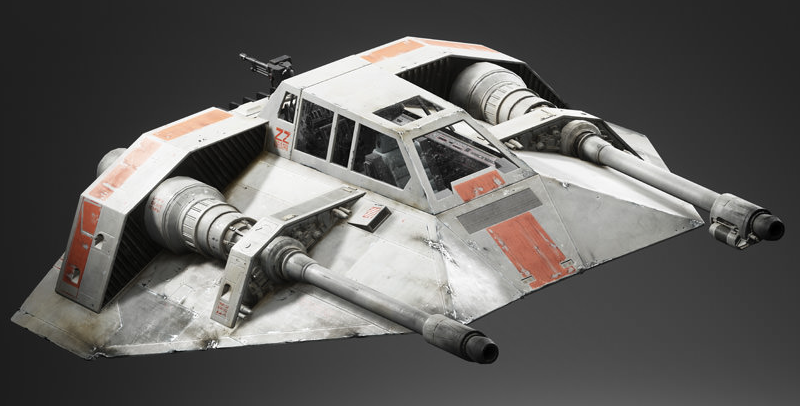 Airspeeders are personal transport vehicles designed for speed and maneuverability. While specific models have different capabilities, airspeeders as a general class range from low-level vehicles to high-altitude vehicles that can travel up to 25 kilometers above ground level; most airspeeders have a flight ceiling of less than 250 meters, deriving maximum lift from the atmosphere and without the need for pressurized pilot’s compartments.

Airspeeders are superb “hit-and-run” combat vehicles, with top-end speeds exceeding 900 kilometers per hour. Airspeeders are sleek and aerodynamic, and use mechanical control flaps for high-speed turns without loss of speed. Because of these capabilities, they are fairly difficult to track with targeting computers, and while not as sturdy as cloud cars, they are far more difficult to hit, especially with slow-response artillery weapons.

Airspeeders are considered sport and speed vehicles, and so have a notoriously low cargo capacity, and are only capable of carrying one to two people. Civilian airspeeders are often carefully regulated, except on frontier worlds, simply because these vehicles are very dangerous in the hands of untrained novices (there are many horror stories of these vehicles getting away from a new pilot and plunging into a crowd of spectators or houses). Local governments, law enforcement agencies, and even the Rebel Alliance/New Republic forces use many modified varieties of airspeeders, because they are cheap and reliable