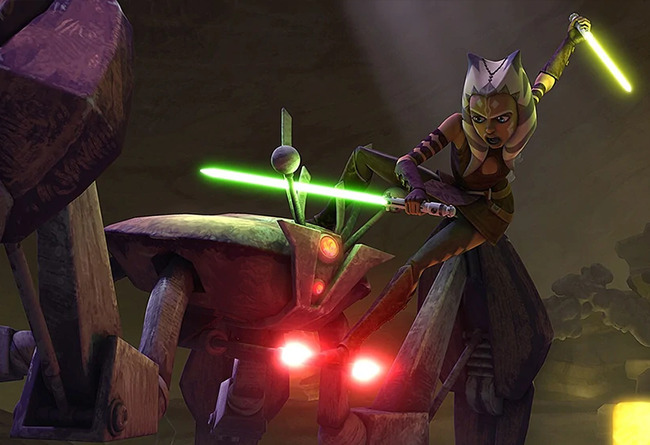 CITADEL RESCUE
Trapped behind enemy lines! Carrying
secret information vital to the
Republic’s war effort, Jedi Master
Even Piell and Captain Tarkin were
taken prisoner by the Separatists.
An elite strike team led by Obi-Wan
Kenobi and Anakin Skywalker landed
on the planet Lola Sayu and
infiltrated the prison.

The team rescued Master Piell and
Tarkin, but they were pursued by the
prison’s evil commandant, Osi Sobeck.
During the escape, their ship was
destroyed. Now we find them on the
run, desperate to escape the trap
that is the Citadel….

After finding a temporary refuge in the caves, Even Piell and R2-D2 contact the Jedi High Council. They learn that Master Plo Koon—aided by Kit Fisto, Saesee Tiin, and Adi Gallia—is already on his way to retrieve them, but that there is only a small window of opportunity in which the rescue party can get to them; the rendezvous point is a small island situated in a lava lake surrounded by a mountain ring. Right after the call was made, a squad of commando droids attacks them, forcing them to move on. In the meantime, Osi Sobeck is contacted by Count Dooku and reprimanded for his failure to recapture the prisoners so far, though Dooku decides to give him another chance until success or failure are a certainty. Afraid to displease the Count even more, Sobeck unleashes a pack of Anooba to hunt the Jedi down and has the space blockade around the planet bolstered to prevent another intrusion.

The Jedi team reaches the lake, but are attacked by a large battle droid force. While R2’s droid team holds off the enemy for as long as they are able (and are swiftly destroyed in the attempt), the Jedi, clones and Tarkin descend the cliff down to the lake’s shore and flee into a set of gulleys. As they move on, Skywalker, Tano, and Kenobi discuss Tarkin’s haughty attitude and the Jedi’s inability to stem the tide of war due to their strict codex before they notice the Anooba trailing them, along with a squad of STAPs. Skywalker, Kenobi and R2 lure the creatures into an ambush, but the rest of the team itself is ambushed by crab droids and another group of STAPs. Separated from the others, Piell and Tano are attacked by the last remaining Anooba which fatally mauls the Jedi Master. Dying, Piell entrusts Tano with his half of the Nexus Route coordinates, despite her confession that she was never assigned to the mission, with the explicit instruction to repeat it to none other but the Jedi Council, and the Jedi take a brief moment to consign his body to the lava before moving on.

Finally, Sobeck arrives on the scene, determined to see his efforts succeed personally, and catches the refugees just as they prepare to cross over to the island. His STAP is shot down by Fives, lands on the island, grapples with Tarkin and prepares to cast him into the lava, but Tano kills him before he could do that. Just before an army of crab droids can overrun the island, Master Koon arrives with a gunship to carry the fugitives out, and once safely aboard a Venator-class Star Destroyer, the rescue force retreats immediately.

Though the mission was successful, the situation takes an abrupt turn back on Coruscant: Tarkin states that he can deliver his part of the information only to Chancellor Palpatine himself, while Tano holds true to her promise to Master Piell to reveal her half only to the Jedi Council, so Master Yoda is forced to confer with Palpatine about this matter. Upon Skywalker’s inquiry, Master Koon covers Tano’s claim that he had permitted her to join the mission, and Tarkin clasps Skywalker’s hand, commending him on his standing-points—as a lauding Obi-Wan observes quite critically. 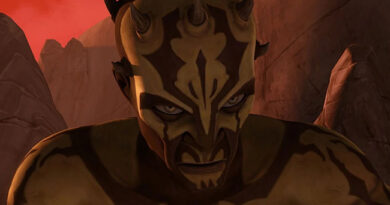 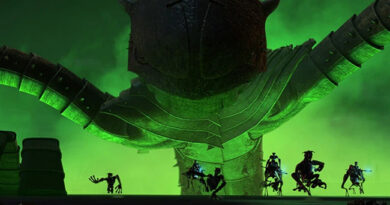 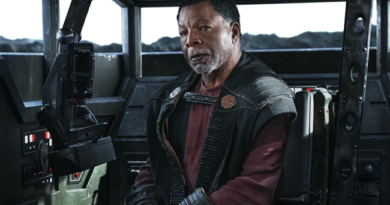