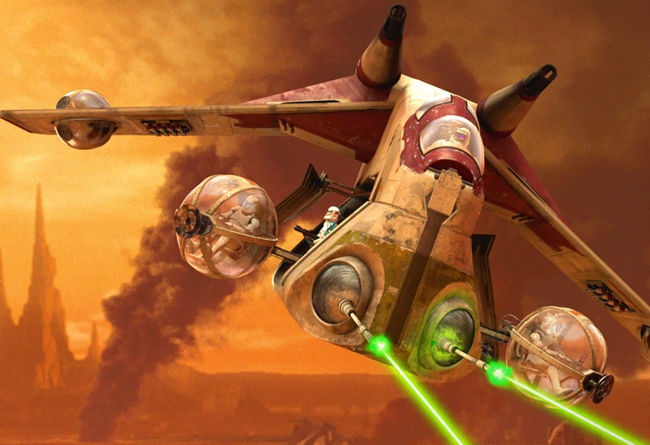 Background: The Low Altitude Assault Transport/infantry (LAAT/i), often referred to as the Republic attack gunship or Republic Gunship, was a specialized gunship designed for aerial-based support and infantry transportation. It was produced by Rothana Heavy Engineering and used by the Grand Army of the Republic during the Clone Wars. The Galactic Empire also used it for a brief period after the conclusion of the war.

The LAAT/i was affectionately known as the “larty” by clone troopers.

The LAAT/i was a repulsorlift infantry transport capable of carrying up to thirty troopers. Secondary functions included reconnaissance, direct fire support, search-and-recovery, and low-altitude air-to-ground and air-to-air strikes against vehicles ranging from airspeeders to starfighters.

In addition to its trooper complement, housed on a deckplate protected by drooping wings and a sliding side door, the LAAT/i could carry four military speeder bikes in an aft-deployable rack. The crew complement comprised a clone trooper pilot and co-pilot/forward gunner in the hunchbacked cockpit, and two auxiliary gunners stationed in pinpoint composite-beam turrets extending on articulated arms from the troop cabin. An IM-6 battlefield medical droid was commonly carried aboard in an emergency locker. In the event of emergencies, the cockpit capsule could separate from the main craft to act as an escape pod.

The LAAT/i was a fully armed gun platform, with a complete arsenal of weaponry that consisted of three anti-personnel laser turrets, two forward-facing, one covering the stern hatch; two top-mounted mass-driver missile launchers fed by rear-mounted ordnance belts and commonly loaded with short-range homing missiles, HE (high explosive), HEAP (high explosive armor-piercing), and APF (anti-personnel fragmentation) rounds; four composite-beam, pin-point laser turrets, (on some models, the slot for these Balls were inter-changeable with floodlights) two of which were automated bubble-turrets located on either wing; and eight light air-to-air rockets stowed on the underside of each wing.

Infantry gunships were equipped with atmospheric containment shielding and could be deployed from space, yet could not reach orbit altitude without a carrier vessel. The LAAT/i’s optimal fighting range was in the lower atmosphere, where they could reach speeds in excess of six hundred kilometers per hour. A single Acclamator-class assault ship could carry up to eighty LAAT-series gunships, while a Venator-class Star Destroyer had space for half that complement. The LAAT/i was highly effective but lacked large amounts of armor making it a vulnerable target.

When approaching a target, the main cabin would light up red, a visual indicator to stand by, when troopers would conduct last-moment preparations including checking their ammunition and communication systems. Once touching down, the red lights would change to green, signaling clearance to debark.

Within the main cabin were various handles attached to cables hanging from the ceiling of the main cabin. When the gunship’s hatches were open, clone troopers would hold on to these to help keep their balance while the gunship was in flight. In the case of rapid deployment, clone troopers could hang on to these as the cables were lowered to the ground for quick deployment so the LAAT/i wouldn’t need to land. However, during this process, both the clone troopers and gunship were vulnerable to enemy fire, so landing and debarking in the regular manner was the more common way to deploy troops.

LAAT/i gunships were often a welcome sight for exhausted clone troopers and their Jedi commanders.

The assault gunships were capable of being fitted out for stealth missions by the addition of engine baffles and shields, an electromagnetic emission and heat signature-reducing black polymer, as well as the removal of its weaponry. Those modifications made the main hold almost sound-proof. 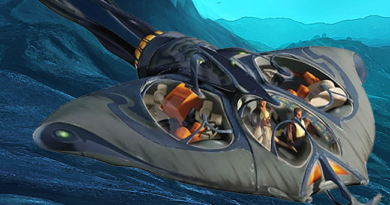 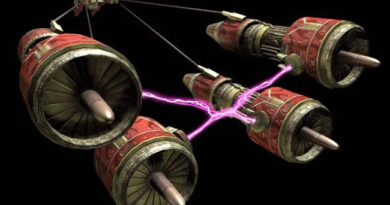 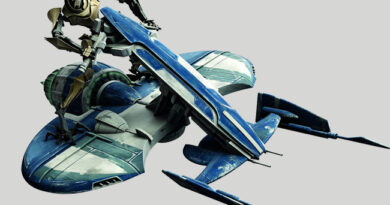