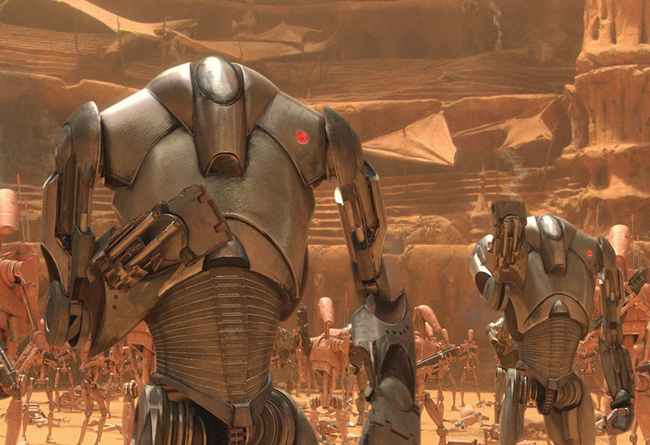 Background: B2-series super battle droids, also known as B2 super battle droids, super battle droids or super droids, were an advanced battle droid used by the Confederacy of Independent Systems during the Clone Wars. Super battle droids were much stronger than their predecessors, and like the updated B1s used by the Confederacy, they did not require a command system to operate, which gave the droids limited independence. Another improvement was their thick armor casing, which contained their fragile sensors. However, B2s were designed with simple processors, limiting their ability to formulate strategies. As a result, they relied on organic commanders or tactical droids in order to effectively operate. The B2 was much stronger than the B1s, with enough strength to lift a clone trooper off the ground. Despite the B2’s impressive firepower, a variant for close range combat existed, the B2 grapple droid. The B2-HA super battle droid was a variant of the B2 equipped with a cannon arm that could fire homing rockets. This variant could be seen commanding small units, including during a conflict on Rodia. Two other variants were designed with flight capabilities. These were the B2-RP, and its upgraded variant, the B2 Rocket Trooper. Another variant was the B2-ACM Trooper which were deployed when the firepower of a standard B2 wasn’t enough. 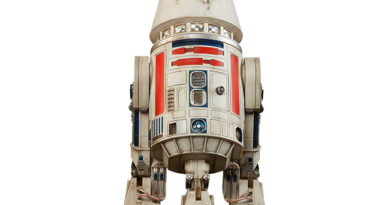 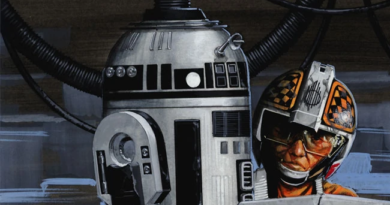 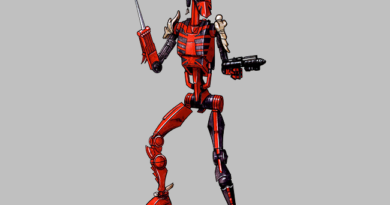