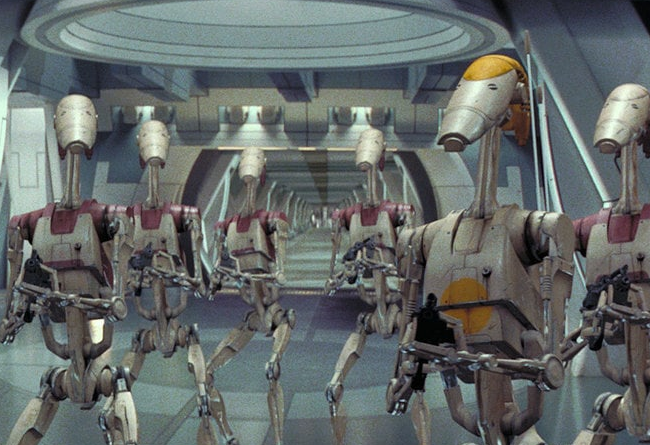 Background: B1 battle droids, also referred to as standard battle droids or clankers, were the most widely used battle droids manufactured by Baktoid Combat Automata and Baktoid Armor Workshop, and were the successor to the OOM-series battle droids. Even though they were widely produced and deployed, the B1 battle droid was flimsily designed and easy to destroy, and was only truly successful in large numbers. Early versions of the model also required the use of a Central Control Computer, but despite these weaknesses they saw extensive service as the mainlines soldier of the Trade Federation’s mechanized droid army. The droid army was deployed during the Invasion of Naboo, and after landing B1 battle droids marched into the Naboo capital of Theed, and using the massive army the Trade Federation captured the city. The droids continued to keep the Trade Federation’s grip on the planet throughout the occupation, and the majority of Federation droid troops were deployed to combat the Gungan Grand Army at the Great Grass Plains. In the ensuing battle many militiagungs were killed, but the entire droid army was defeated because it shut down when the control computer was destroyed with the Federation’s Droid Control Ship by the young Force-sensitive pilot, Anakin Skywalker during the portion of the battle that was in space.

During the Separatist Crisis, the Trade Federation leadership met with other commerce guilds on the planet Geonosis, and the Federation had given its droid army, including the B1 battle droid, to the growing Confederacy of Independent Systems. The droids became the main soldier of the new Separatist Droid Army. The forces of the army used newer reworked B1s. These B1 models did not have a reliance on a central command signal was removed, and these newer models did not require a control ship. They were capable of independent thought; however, it was limited. On Geonosis the droid army clashed with the Galactic Republic’s new army of clone troopers for the first time. This battle launched the galactic conflict known as the Clone Wars. The B1 battle droids and the other models of combat droids used by the Confederacy fought the forces of the Republic on many worlds for the duration of the long conflict.

Throughout the droids’ history, it was evident that the B1 was dim-witted. Programming glitches manifested as the B1 battle droids developing personality quirks, and they were known to make commentary on what occurred around them. The B1s were outmatched by the clone troopers of the Republic, but massive numbers of B1s could gain victory over the more experienced clone troopers, and even members of the Jedi Order. The B1 battle droids, nicknamed “clankers” along with other Separatist droids by the Republic, were manufactured in massive numbers for the Separatists, but military officers, like the Supreme Commander of the Droid Army General Grievous, grew angry at the failings of the B1. Following the defeat of the Confederacy, B1 battle droids were deactivated by the Galactic Empire along with the rest of the droid army. Despite this, and battle droids becoming outlawed under the Empire, B1 battle droids continued to see use through Separatist holdouts and the black market during the Imperial Era. 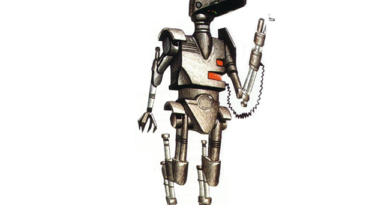 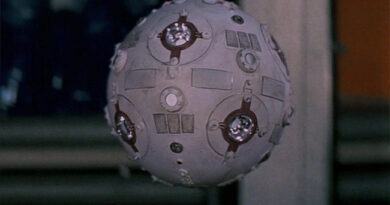 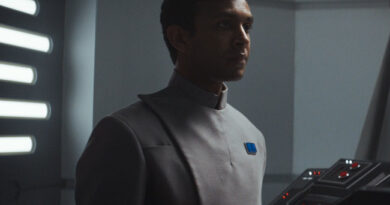