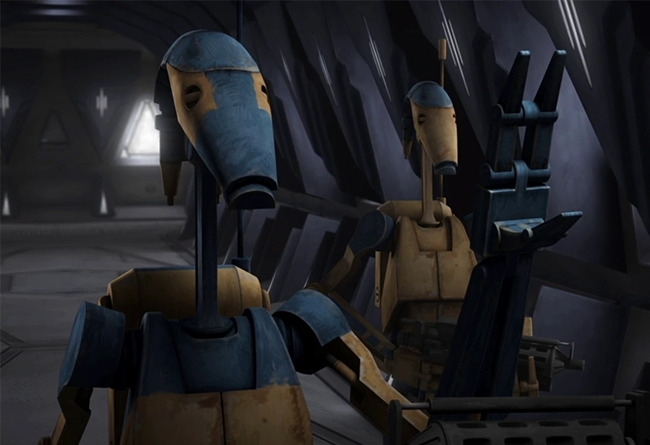 Background: Originally built as a Confederacy of Independent Systems battle droid, this OOM command battle droid[source?] was captured by the Galactic Republic and reprogrammed to listen to astromech droid R2-D2’s orders.

This droid along with two other reprogrammed battle droids helped Jedi General Obi-Wan Kenobi and Anakin Skywalker and a squadron of clone troopers sneak aboard the Citadel in order to rescue Jedi Master Even Piell. After landing on the planet where the Citadel was located, this droid stayed behind with R2 and the other two droids. When R2 received orders from Anakin Skywalker to pick them up from a certain area of the Citadel, OOM-10, R2 and the other two droids flew the ship to the meeting area. When K2-B4, the tactical droid stationed in the Citadel arrived instead of the team, OOM-10 and the droids were forced to act as if R2 was their prisoner and were taking him for interrogation. When they were in the clear, R2 surmised that Obi-Wan Kenobi and his team would be walking into a trap.

He was right as Kenobi and his team were indeed captured but while they were being taken to the interrogation room, OOM-10 managed to convince the security droids escorting them to hand the prisoners over. They then rushed Kenobi’s team back to the ship waiting outside, where they met with Skywalker’s team. However, OOM-10’s reprogramming had been revealed to the Separatists and a group of battle droids, droid commandos with energy shields and two crab droids rushed outside to confront the team. In the firefight which ensued, ARC trooper Echo was killed. OOM-10 and the remaining members of the team managed to retreat to the caves below the Citadel where they waited for the Republic forces that had been called by Kenobi to arrive. However, while heading for the extraction point, battle droids arrived and ambushed them. R2 then ordered the droids to hold them back while the team escapes. In the end, although the team managed to escape with only two casualties, the entire battle droid team including OOM-10, was destroyed. 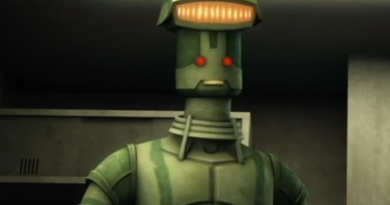 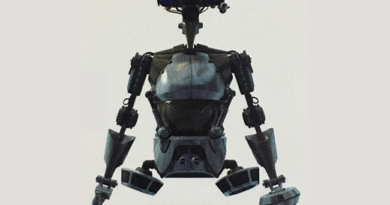 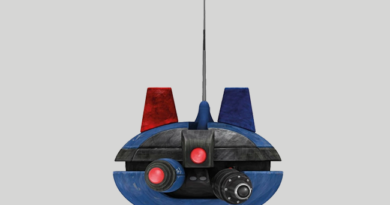