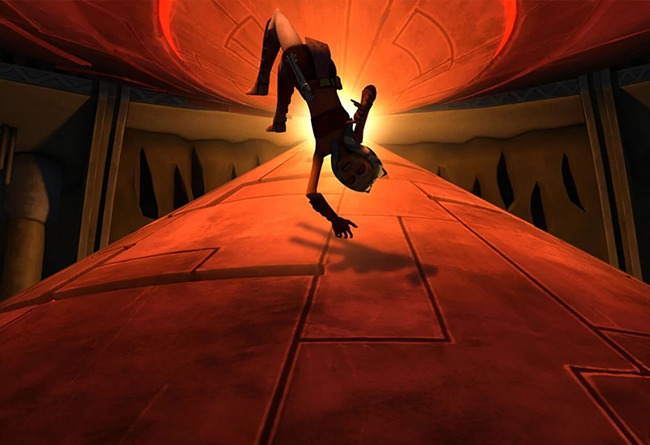 WEAPONS FACTORY
The final surge. Having learned of warlord
Poggle the Lesser’s plot to rebuild a
Separatist droid foundry on Geonosis, Jedi
Knight Anakin Skywalker and his Padawan,
Ahsoka Tano, prepare to assault this heavily-
fortified installation. Their mission: destroy the
factory at all costs. Anticipating stiff resistance,
Republic commanders send Jedi Master
Luminara Unduli and her Padawan, Barriss
Offee, to reinforce the attack. But time runs
short for our intrepid heroes as the dreaded
droid mill nears completion….

The Republic army is pushing forward towards the massive droid foundry after destroying the main shield generator. Luminara Unduli’s squadron of gunships is forced to land south of Anakin Skywalker’s position. Meanwhile, Ahsoka Tano is briefing her clone squad on the battle plan to take control of the approaching bridge by destroying the gun emplacements on the other side, but Skywalker keeps interrupting her sentences. Once the briefing is over, she demands of him why he keeps barging in her briefings, which makes her believe that he doesn’t trust her. Skywalker defends him self by saying that he just wants to get the job done right, but this only strengthens Tano’s irritation. They are arguing as Luminara and her Padawan Barriss Offee arrive to discuss the plan of attack.

The four Jedi then analyze the tactical data on the droid factory. Skywalker boldly suggests a frontal attack, but Unduli says that a frontal assault would be too risky. She suggests to infiltrate the catacombs beneath the factory, accessible through the bottom of the gorge, entering the foundry and destroying its main reactor with explosives. Unduli opts that she and Skywalker keep Poggle the Lesser’s forces occupied, while the Padawans infiltrate the factory, though Skywalker believes that Tano is not ready for a mission like this, despite her insistence.

As the Padawans take off, Unduli asks Skywalker as to why he doesn’t want Tano participating, to which he doesn’t answer. They then prepare a frontal assault by having their troops move straight towards the bridge. Meanwhile, inside the factory, Lord Poggle and his tactical droid TX-21 monitor the factory’s efficiency. Though it is operating at 50 percent capacity, it has already churned out ten garrisons of new droids ready to deploy. A new weapon, super tanks capable of repelling Republic artillery, approaches operational status as well. Anakin and Luminara, along with Captain Rex and Commander Gree’s clone troopers march across the bridge to battle the droids. Unfortunately, they fall into a trap, as Geonosians start coming out of the surrounding spires, leaving their forces in a deadlock. As the Jedi continue to push forward, Poggle is advised by his tactical droid to set loose the super tanks, equipped with ray shielded armor powerful enough to stand against Republic artillery.

Down below, the Padawans have successfully infiltrated the catacombs. They sneak past a wall filled with sleeping Geonosians, and proceed carefully, but are unable to avoid awakening one Geonosian, who follows them through the catacombs from that point onward. Eventually, the Padawans make it to the factory’s main reactor and start placing explosives around it. However, the Geonosian they woke up has alerted Poggle and his tactical droid, who arrive with one super tank and many Geonosian warriors in the reactor room. The warriors begin picking their bombs off the reactor while the tank starts firing at the Padawans. Ahsoka attempts to stop the Geonosians by grabbing on to two winged warriors, but they cause her to slam against the reactor, knocking her unconscious. As the Geonosians escape into the catacombs, Offee is left with a choice: the bombs or Ahsoka’s life.

Outside, the super tanks’ mortar cannons make short work of the clone forces and their cannons. Skywalker orders a retreat as he and Unduli plant bombs on the underside of the bridge the tanks are on, before detonating them. They then have to face the second wave of battle droids without any heavy artillery, infantry support or escape.

Inside the factory, Offee attacks the super tank, destroys the droid drivers and successfully takes control of the tank when Ahsoka wakes up. They decide to use the tank to destroy the reactor, knowing that they won’t survive. The explosion destroys the factory, causing the spire it was built in to collapse on the droids attacking the Masters and the clone army, but the tank’s heavy armor protects the Padawans from the massive explosion.

After failing to contact the Padawans on their comlink, Unduli believes they are dead, but Skywalker determinedly orders that the rubble be moved. Deep below the surface, in the cockpit of the super tank, Tano and Offee struggle to stay conscious. Worried that they will die from lack of air, Tano fashions a communicator out of a power cell from the tank in an attempt to contact her master. Receiving the signal, Skywalker rushes over to a pile of debris, and the two masters telekinetically lift the debris off the tank, freeing their Padawans.

Upon seeing the two girls still alive, Anakin says to Unduli that he never lost faith in finding their apprentices, chiding her for giving up on them too soon, but Luminara replies that, unlike him, when the time will come she’ll simply be prepared to let her student go and asks Skywalker if he can say the same, which he does not answer. A few seconds later, while Luminara commends her Padawan for the success of the mission, Barriss tells her Master that it was thanks to Ahsoka that they managed to contact Anakin; Unduli then admits to Ahsoka that her master never lost faith in her. 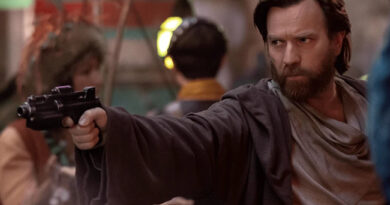 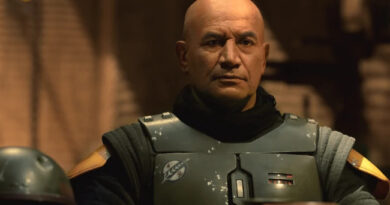 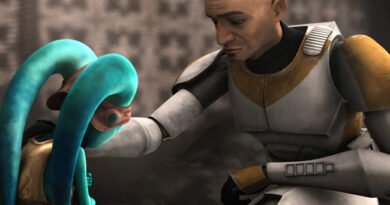