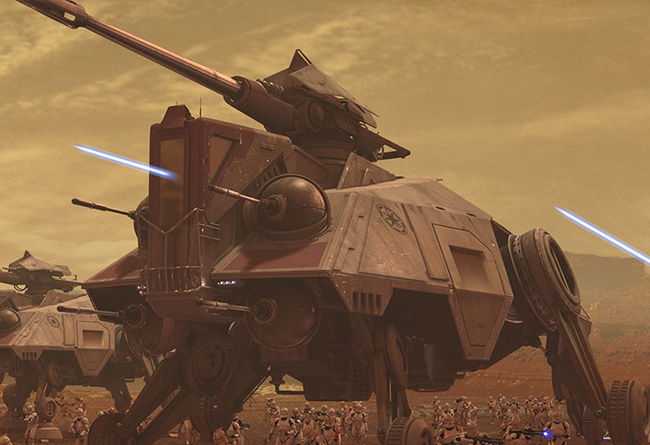 Background: The All Terrain Tactical Enforcer (AT-TE) was a multipurpose military ground walker used by the Galactic Republic during the Clone Wars. They boasted six legs, six laser cannon turrets along the body and a heavy projectile mass-driver cannon on top.

The All Terrain Tactical Enforcer was a low-built vehicle that featured six articulated legs for propulsion. Its body consisted of two armored halves that were connected by a flexible concertina section, which increased the walker’s mobility on the field; it was essentially a mechanical version of the arctic horny whelmer, a hardy animal native to Rothana.[10] Because its legs were low to the ground, the walker had a relatively low top speed, but it also enjoyed greater stability. As its name suggested, the AT-TE was suitable for all terrains; not only was it able to climb sheer surfaces, it could also scale certain metal surfaces due to its magnetized feet. Furthermore, the walker was capable of surviving in the vacuum of realspace as it was able to be pressurized. The AT-TE measured 22.02 meters in length and 9.57 meters in height.

The AT-TE’s most powerful weapon was a single mass-driver cannon located on the vehicle’s dorsal surface, which gave the walker the purpose as a mobile artillery vehicle as well as a tank. Four smaller ball-turret laser cannons were mounted at the front, and two others at the rear. The hexapod’s armor could easily deflect small arms fire. The AT-TE could be pierced by tanksmasher rockets, which could result in the destruction of the vehicle’s complex propulsion mechanisms.

The walker’s pilot sat in a forward compartment, while a gunner sat exposed atop the walker to operate the mass-driver cannon. The standard version of the AT-TE carried 20 troops, and some variants carried smaller All Terrain Reconnaissance Transports in their rear hold. Their crews were assisted by an IM-6 medic droid, who attended to any injured clone troopers. 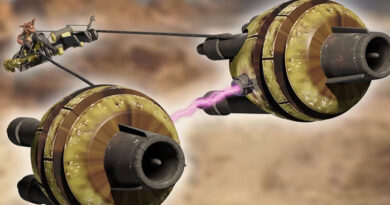 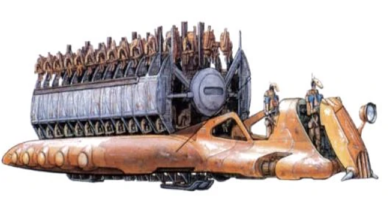 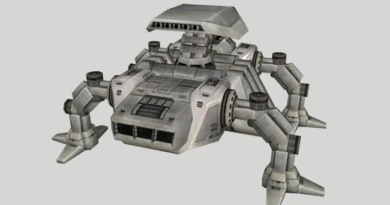