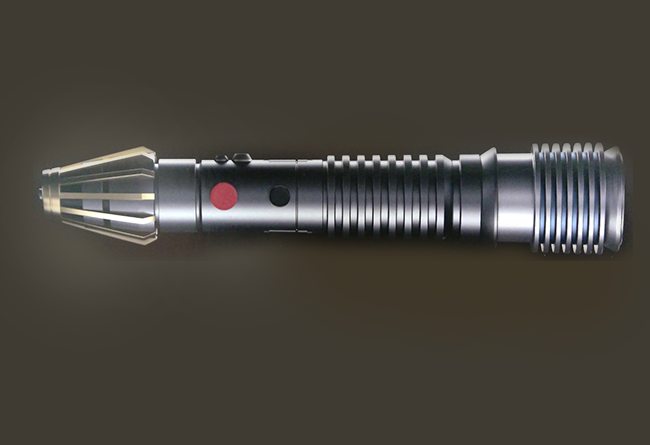 Background: This lightsaber was the weapon carried by Jedi Master Luminara Unduli. Trained as a Jedi Guardian, Unduli’s weapon produced a green blade when ignited, which was somewhat unusual as Guardians typically carried blue-bladed lightsabers.

Like all other Padawan learners in the Jedi Order, Luminara Unduli constructed her lightsaber based off Lacunas Subartuk’s along with other Jedi using records from the Jedi Archives. Her lightsaber was unique to other Jedi who constructed theirs based off Subartuk’s because of the manganese brass radiator casing, a treatment that prevents corrosion. Unduli wielded her green-bladed weapon before and during the Clone Wars, seeing action on Geonosis, Nadiem, Ilum, Rodia and Kashyyyk.

In 22 BBY after the Battle of Geonosis, Unduli and her apprentice Barriss Offee traveled to Ilum so that Offee could construct her lightsaber. The two were then ambushed by droids, and utilized Form III lightsaber combat with their weapons to repel the droids, but the two ended up at the bottom of the Crystal Caves using the Force to prevent them from being hit by the debris.

In 21 BBY, Master Unduli was tasked with escorting Trade Federation Viceroy Nute Gunray from Rodia to Coruscant to stand trial. She, along with Jedi Padawan Ahsoka Tano escorted Gunray to the Jedi cruiser, Tranquility, but the ship soon fell under attack. In the reactor room, Unduli wielded her weapon when she faced off against the acolyte Asajj Ventress. She was soon backed up by Tano, who helped to fend off Ventress, but the latter escaped and freed the Viceroy. The lightsaber would see action against Ventress again on the icy world of Alzoc III, where Unduli and fellow Jedi Aayla Secura dueled and defeated the Dark Acolyte by sealing her in an ice cave. She later wielded it during the Second Battle of Geonosis, during which she tracked Separatist leader Poggle the Lesser to the Progate Temple. While contacting Generals Skywalker, Kenobi, and Mundi, she was attacked and knocked out by Geonosian zombies. When Kenobi and Skywalker arrived with reinforcements, they discovered her lightsaber, a discovery which concerned the Jedi as a Jedi such as Luminara would never leave the weapon lying around. Skywalker carried Unduli’s lightsaber on his belt, briefly wielding it in conjunction with his own, before returning it to Luminara.

Unduli continued to brandish her green lightsaber in combat, in battles on Nadiem and Kashyyyk. On Kashyyyk, Unduli fought with the Wookiee population in defending their home. But Supreme Chancellor Palpatine, secretly Sith Master Darth Sidious, issued to the clones Order 66, which demanded the deaths of all Jedi as traitors to the Republic. Focused on the healing of injured Wookiees and clones, Unduli was unaware of her imminent danger and was shot down by her troops before she could react. 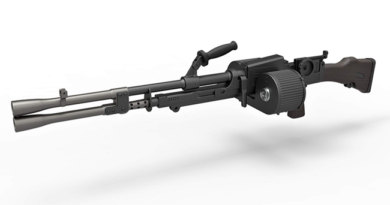 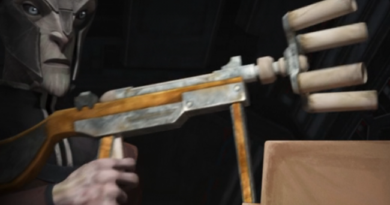 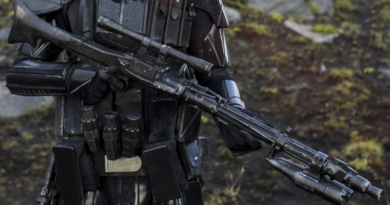