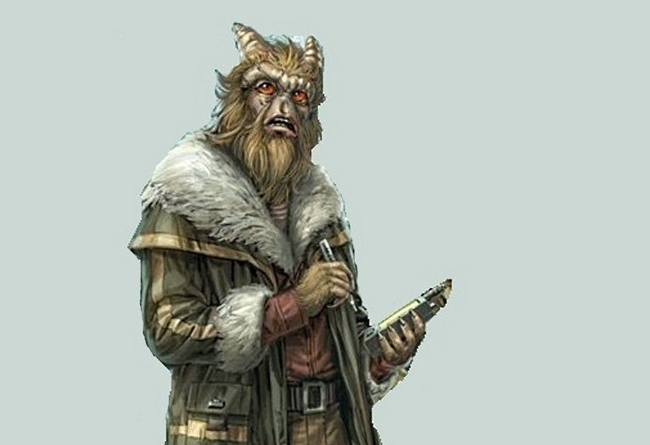 Special Abilities:
Energy Sensitivity: Because Gotals are unusually sensitive to radiation emissions, they receive a +3D to their search skill when hunting targets in wide open areas of up to 10 kilometers around them. In crowded areas, such as towns
and cities, the bonus drops to +1D, and the range drops to less than one kilometer. In areas with intense radiation, they suffer a -1D penalty to search because their senses are overwhelmed by radiation static.
Mood Detection: By reading the auras and moods of others, Gotals receive a positive or negative bonus when engaging in interactive skills with other characters. The Gotals makes a moderate Perception check and adds the following bonus to his Perception skills when making opposed rolls for the rest of that encounter:

Fast Initiative: Gotals who are not suffering from radiation static receive a +1D when rolling initiative against non-Gotal opponents. This is due to their ability to read the emotions and intentions of others.

Story Factors:
Droid Hate: Gotals dislike droids because the emissions produced by droids overwhelm their special senses. They receive a -1D to all Perception-based skill rolls when within three meters of a droid.
Reputation: Because of the Gotal’s reputation as being overly sensitive to moods and feelings, other species are uncomfortable dealing with them. Assign modifiers as appropriate.

Background: Gotals were a species of tall, humanoid sentients native to the moon Antar 4. Their most distinctive features were the twin conical horns growing on the top of their heads, which acted as highly responsive electro-magnetic sensors and caused discomfort when exposed to complex electrical systems, like droids. Gotals were also covered with distinctive short fur, that shed rather easily.

Gotals were part of galactic society as far back as the early days of the Galactic Republic, and were represented in the Galactic Senate as well as the Jedi Order, however throughout the Separatist Crisis, their homeworld of Antar 4 was held by the Confederacy of Independent Systems, leading to a diaspora that had many Gotals flee to the colony world of Atzerri. 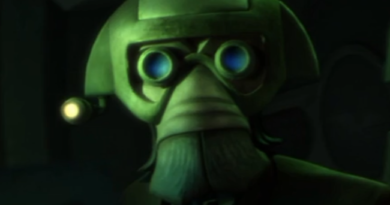 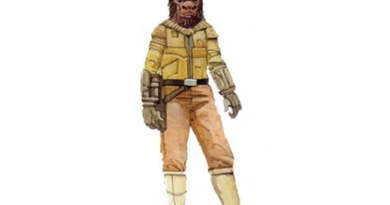 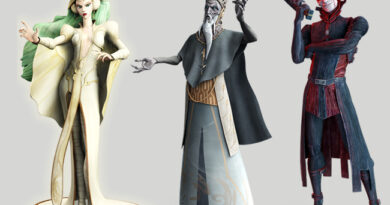