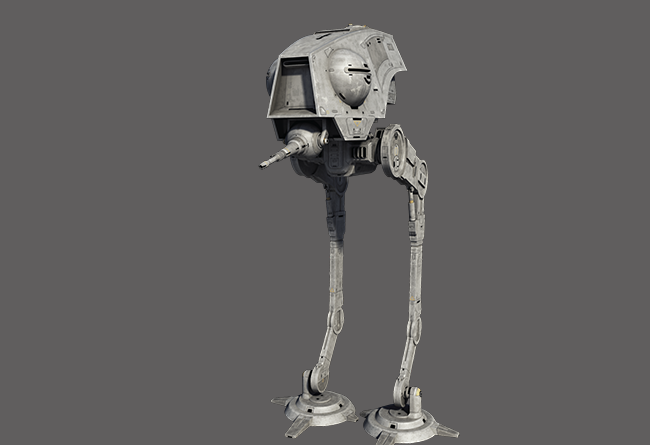 Background: The All Terrain Defense Pod (AT-DP) was a bipedal Imperial walker manufactured by Kuat Drive Yards prior to and during the Galactic Civil War. They were driven by Imperial combat drivers.

The AT-DP walker, a successor to the AT-RT used by the Empire’s predecessor state, the Galactic Republic, served as the mainstay of backwater garrisons and support for larger war machines, including the AT-AT. Unlike the AT-ST, a shorter bipedal walker boasting a host of armaments, the AT-DP was armed only with a single Maad-38 heavy laser cannon. The weapon was powerful enough to destroy another walker of the same type. The cockpit had seating for a driver and a gunner, with the gunner situated behind the driver, though both crewmen could move the walker, fire the cannon and had access to the gyroscopic controls used to keep the walker stable. Each of these walkers had a hatch at the top to access the cockpit; a main viewport at the front, with bulbs on the side and slits to improve visibility; and holographic projectors.

To protect the crewmembers and equipment, each walker possessed armor strong enough to protect from blaster fire. This armor could not protect against missile launchers, however, and in one instance, an AT-DP was disabled when shot with a T-7 ion disruptor rifle. Thermal detonators exploded near the legs and feet of a walker could also cause damage. Although the walkers were sturdy, their heads were prone to exploding under sustained duress, such as being pressed by an AT-AT.

AT-DPs were used throughout the Empire to keep the populations of occupied worlds in line and to combat insurgent forces. Many of these walkers were used in Imperial facilities such as Imperial Academies for both defensive purposes and training cadets. In situations where an Imperial presence needed to be established quickly and powerfully, two walkers could be attached to the underside docking clamps of a Gozanti-class cruiser for landing in almost any suitable environment. 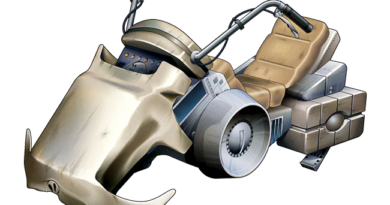 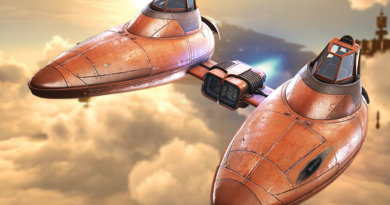 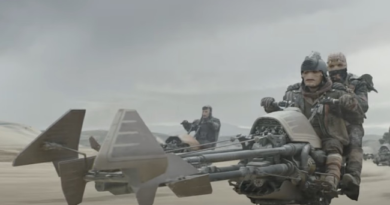