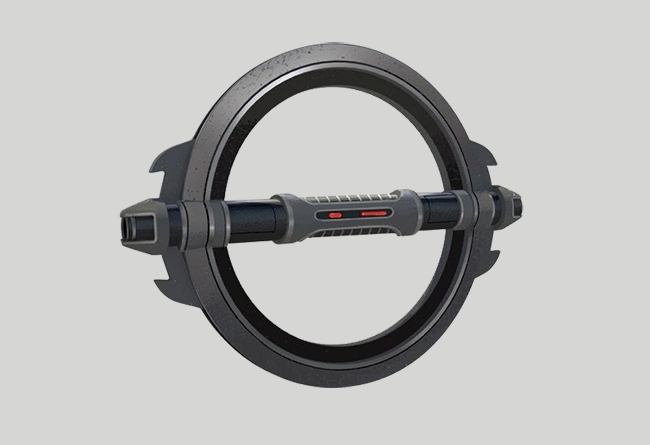 The lightsaber’s overall design hardly made it any bigger than a single-emitter lightsaber, a stark contrast to the design of dual-bladed weapons previously used by warriors such as Darth Maul. Another unique feature of this weapon is that the blade emitters would spin along tracks in the disc while the hilt would remain stationary in relation, allowing for more emphasis on the attack whilst maintaining a better degree of control over the weapon.

Some versions of the lightsaber also contained a rotating wheel of sharp razor blades which could intimidate an enemy or be used as an alternative way of slicing through opponents. Ezra Bridger’s hand was almost sliced off when the Eighth Brother used this feature.

It could also be used to fly, but only by Force-sensitives, combining micro repulsorlifts with the blades’ spinning in a propeller-like motion to lift the wielder off the ground. This was often used as a method of escape, particularly from combat.

The weapon suffered from a number of design flaws: if given the opening, an opponent could cut through the disc from the inside or outside of the ring, causing the weapon to fly apart if spinning. The ringed emitter also presented a larger target for a disarming move, and should the emitter be damaged it affected the lightsaber’s ability to function properly. This was demonstrated by the Fifth and Eighth Brothers when facing Ahsoka Tano, Kanan Jarrus, and Maul in a confrontation on Malachor; both times, their opponents targeted the emitter and damaged it, which led to both their deaths shortly afterwards. 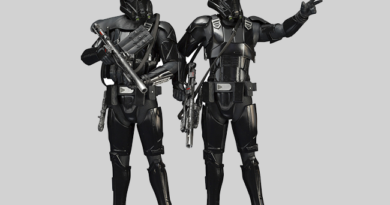 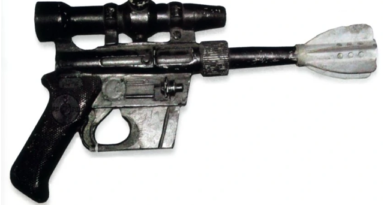 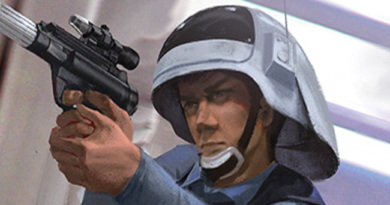