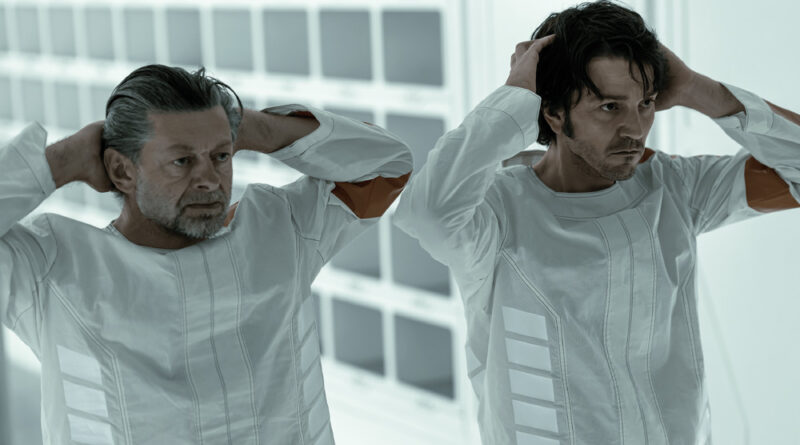 At Narkina 5 Imperial Prison Complex, the medic removes the corpse of Ulaf under the supervision of an armed guard. The other prisoners watch with their hands raised. Later, Cassian Jeron Andor tells Kino Loy that they have to escape tomorrow. He says that the guards know that they are outnumbered and killed a hundred men. Cassian points out that the 5,000 men are doomed never to leave. He reasons that whatever they are working on is important to the Galactic Empire.

Kino is unwilling to commit since he is skeptical of Andor’s lack of a plan. The two get into a physical tussle. Andor tells Loy that his plan is predicated on the new man coming to replace Ulaf the following day. He urges Kino to grab the opportunity before it is too late. Andor tells Loy he is ready to die in the escape attempt. As they walk through the corridor leading to their cells, the other men ask what happened to Ulaf and what happened on Level Two.

Andor confirms that the prison guards fried the entire Level Two after mistakenly sending back a man who had been released. Kino confirms Andor’s story and tells the other prisoners that they are not releasing anyone. He tells them to return to their cells and start figuring it out.

Elsewhere, Imperial Security Bureau Supervisor Dedra Meero and her colleagues receives news that Anto Kreegyr’s group have taken the bait and retrieved the dead pilot and are asking for a landing bay. Kafrene authorities claim that the pilot died as a result of a hydraulic failure after exiting hyperspace. Supervisor Lonni Jung convinces Major Partagaz that Imperial forces should not wait but should make their presence felt. Meero exits the command room.

On Ferrix, a lady informs Doctor Mullmoy that Maarva Andor has not been taking her medicines. They are being watched by Cinta Kaz who is in turn being watched by a man. At the Chandrilan Embassy, Senator Mon Mothma and Tay Kolma meet with the Chandrilan banker Davo Sculdun, who talks about his taste for architecture. Davo is acquainted with Mothma’s husband Perrin Fertha. After exchanging pleasantries, they discuss Mothma’s efforts to secure alternative funding arrangements for her foundation.

Davo offers to help Mothma bundle her transactions in ways that can it make it hard for outsiders to detect. He agrees that the Empire’s new financial regulations have made it harder for certain transactions. Davo views the situation as a game they can play. Mothma says that this is charitable foundation and asks how much he is charging. Davo offers to do it without a price but Mothma insists. He replies that a drop of discomfort is the price of doing business with him.

Davo sets his price, which is a return invitation. Mothma is amenable until Davo reveals that he wants to introduce his 14 year old son to Mothma’s 13 year old daughter Leida Mothma. Mothma expresses her disapproval of the Chandrilan tradition of child bethrotals. Davo replies that their social positions sometimes makes decisions for them and that they lead lives that encourage conformity. When Mothma asks id this is his only offer, Davo gives an affirmative. Mothma tells Tay to usher Davo out and claims she won’t consider his offer. Tay replies that is the first untrue thing she has said before leaving.

Elsewhere, Kleya Marki informs Luthen Rael about a mark found on the fountain. She believes this was a message that “he” wants a meeting since the rail downstairs is gone. Kleya dislikes the timing and advises Rael to go to Fondor while she takes care of business on Coruscant. Rael says if has been a year since their contact has reached out to them. He is willing to take risks even if it is a trap.

The following day, Kino speaks to the prisoners and convinces them that they should escape. While walking through the sky bridge, the announcer announces over the intercom that all skybridge transfers will be on program and silent until further notice. The prisoners report to their shifts as usual.

Later, Andor and his fellow prisoners including Jemboc put their escape plans into action. Andor grabs a wrench and proceeds to cut a water pipe while Loy barks orders. The prison guards prepare another prisoner to be let down onto the factory floor. While waiting for Andor, the other prisoners arm themselves with tools. The prisoners raise their hands while the new prisoner is escorted down the lift. alarms begin ringing due to the burst pipe.

As the floors flood due to the burst pipes, two prisoners stage a fight which soon engulfs the floor. Andor jams the lift carrying the new prisoner and his guard. The prisoners climb on the lift and take out the guard. Other prisoners hurl objects at the other guards while Andor climbs the disabled lift. A guard issues orders to spark the floor, prompting Loy to tell the prisoners to climb onto the tables. The water causes the metallic floors to short-circuit.

With the electric field disabled, Kino leads the prisoners on 5-2-D in revolt. The guards attempt to use their higher ground to hold back the prisoners but are overwhelmed. Some prisoners are killed but they succeed in storming the control room and taking out the guard posted there. The prisoners in 5-2-D begin climbing the disabled lift. The flooding spreads to other floors while Andor, Loy and the other prisoners help themselves to weapons.

Other guards receive news about the flooding and riot in 5-2-D. The revolt soon spreads to other floors with prisoners from 5-2-D encouraging the other prisoners to fight for their freedom. They fight and kill the guards they encounter. The announcer issues orders to activate the sonic countdown and to isolate Level 5. Kino Loy forces his way into the Level Eight command center and demands the announcer stop the countdown. When he refuses, he shoots a correction officer, prompting a third to say he will comply.

The prisoners charge through the sky bridges and stairs. The remaining guards hide in a bunker in fear. Reaching the top of the prison complex, the prisoners jump into the sea. Loy reveals that he cannot swim while Andor and the other prisoners take the plunge. Later that night, Andor and Melshi run on a beach under the cover of night. Three moons shine in the night sky.

The spymaster and the double agent

Elsewhere, a disguised Lonni Jung walks through a crowd on Coruscant, brushing past a Gotal and a Quarren. He walks through a series of tunnel and enters a turbolift where he retrieves an earpiece. Luthen instructs him to press the buttons for 215 in the event of a trap. As the lift descends, Rael congratulates him that his daughter is healthy and beautiful, and that he must be pleased. Jung is uncomfortable that Luthen has been spying on him and his family.

Jung warns Luthen of a new rising supervisor named Dedra Meero, who is investigating a rebel figure called “Axis” whom she believes is building a rebel network. Meero is looking at stolen Imperial naval equipment in order to find a link to Aldhani. He tells Luthen that Meero is interested in the Ferrix Incident and has been tearing the place apart. He adds that they are searching for the thief and the “middle man.”

Luthen tells Jung to encourage Meero since she is “wasting” time. Jung asks if Luthen had anything to do with the events on Aldhani but he is evasive. Luthen asks Jung why he is here. Jung explains that Meero captured a rebel pilot running supplies for Kreegyr. He explains that they turned him immediately and staged an accident. The Empire is also aware of Kreegyr’s plans fo raid the power station on Spellhaus. Luthen is willing to sacrifice the lives of Kreegyr and his 50 men to mislead the ISB into thinking that there is no leak in security. Luthen emphasizes that he is doing Jung a favor.

The lift door opens and Jung is created by Luthen, who asks why they are really here. Jung tells Rael that he can’t continue being a double agent since he is a father now. Luthen reminds him that they took a vow. Jung offers to trade Meero, Spellhaus, and Ferrix to Rael. He says he has been working his way up the ranks of the ISB for six years but can’t do it anymore. Luthen asks Jung if he is planning to betray him to the ISB. Jung mentions his health and his wife’s import business. Luthen is unwilling to let Jung go since the rebels have invested a lot in him. He tells Jung that he is trapped.

When Jung asks if his sacrificed means nothing to Rael, Luthen responds that his investment in the Rebellion is epic due to having to lead a double life. He describes Jung as a hero that the Rebellion needs. Jung asks Luthen what he sacrifices. Rael replies calm, kindness, kinship, and love. Having given up peace, Rael says that he is condemned to use the tools of his enemy to defeat them. Luthen tells Jung he has sacrificed everything and implores Jung to continue his work. 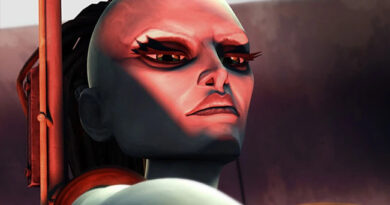 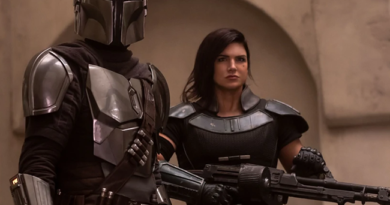 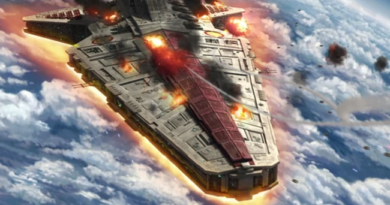