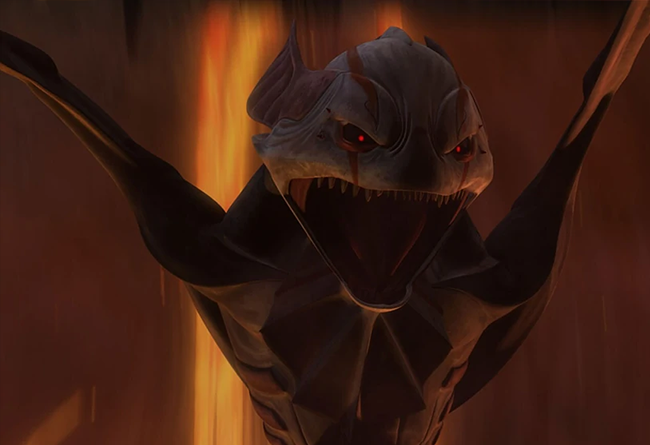 GHOSTS OF MORTIS
Stranded! Obi-Wan Kenobi, Anakin
Skywalker, and his Padawan Ahsoka
Tano are caught in the middle of
a treacherous battle between good
and evil.

The scales now tip toward the dark
side. Our three warriors must guard
against attack as they plan their
escape. A great weight has been
placed on Anakin’s shoulders, for
it is now that he must face who he
really is….

While Ahsoka attempts to repair the damaged shuttle for their escape from Mortis, Anakin and Obi-Wan contemplate whether this is the right course of action, with Son, corrupted by the Dark Side, still being at large. Anakin decides to return to Father and seek his help since he has doubts that Son can be held prisoner on this planet permanently and meets with him outside the crypt where Father has just buried Daughter, the Dagger of Mortis laid upon her chest. Father is now determined to eliminate Son and the danger he poses to the universe, but refuses to accept Anakin’s offer of aid, since Son would easily use Anakin’s power to tip the balance of the Force, wreaking havoc in the galaxy. He tells Anakin that the Force will now decide over their fates and to look inside himself for the answer for what is to be done.

When he leaves the crypt, Anakin encounters a ghostly apparition of his first Jedi mentor, Qui-Gon Jinn. Still doubtful about what to do with Son, Anakin seeks Qui-Gon’s advice, but just like Father, Qui-Gon advises him to look into himself for the true answer, and tells him to go to a certain place, the Well of the Dark Side, to face his most personal challenge. In the meantime, Obi-Wan prepares to look for Anakin when he is met by Father, who tells him of Anakin’s destination but tells him not to interfere. Obi-Wan protests, however, and departs for the Well.

Anakin descends into the Well, which lies hidden in the fiery bowels of Mortis, where he is met by Son. Son attempts to draw him to his side by revealing visions of a future of suffering, including a duel against Darth Sidious, the death of Jedi, betrayal on Mustafar, and the destruction of Alderaan. Fearful, Anakin refuses to confront the images and is overwhelmed by anguish. Son offers to help him change his future and prevent what Anakin has seen, and Anakin chooses to go with him. Meanwhile, Obi-Wan is on his way to the Well to check on Anakin. Upon arriving, he finds him poisoned by the Dark Side and in Son’s company. He uses the force to push Obi-Wan’s speeder into the dangerous magma. Obi-Wan wants to asks a question to Anakin, but he tells him that he is sorry. The Son and Anakin then depart. Obi-Wan is now stuck in the Well and is unable to escape, but he can go die in the magma. Obi-Wan contacts Ahsoka, instructing her to disable the shuttle (just right after she has managed to repair it), but before she can go about the task, Anakin arrives. Just in time, Ahsoka manages to sabotage the power systems, get away and recover Obi-Wan. Worried that the two will join forces with Father, Son departs to prevent this, enters his sister’s tomb and recovers the Dagger.

Left alone, Anakin is confronted and questioned by Father. Anakin maintains that he will cause great suffering in the future. Father erases Anakin’s memory of his future to break the hold of the Dark Side on him, and the two are rejoined by Obi-Wan and Ahsoka at the monastery. Son arrives soon afterwards, and Father pleads with him one last time to let go of his plans. When Son refuses to give up, Anakin attacks him, shortly followed by his friends, but Son proves too powerful for them. In order to strip his son of the Force which he has bestowed upon him, Father takes the Dagger and turns it upon himself. Shaken by remorse, Son recovers and makes peace with his father, just before he is run through by Anakin’s lightsaber. With his dying breath, Father proclaims Anakin the Chosen One since he has brought balance back to this world and promises that he will do it again, but warns him to beware his inner self or else he will bring doom to the galaxy. With that, Father’s body vanishes.

With the death of Father, the Force that has permeated Mortis dissipates, and a falling crystal shatters on the tip of the monastery’s tower, enveloping the three Jedi with a blinding flash. When they come to, they find themselves back in space inside the shuttle and being contacted by Rex. They are confused to learn that only a moment has passed since they lost contact with their cruiser, but recover sufficiently enough to complete their rendezvous. 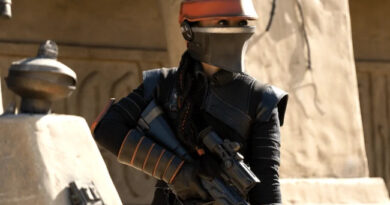 The Book of Boba Fett Chapter 7: In The Name Of Honor 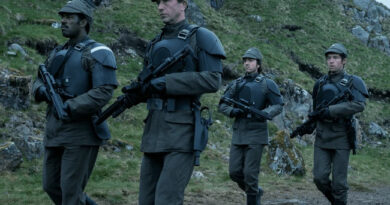 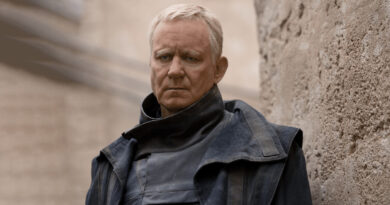