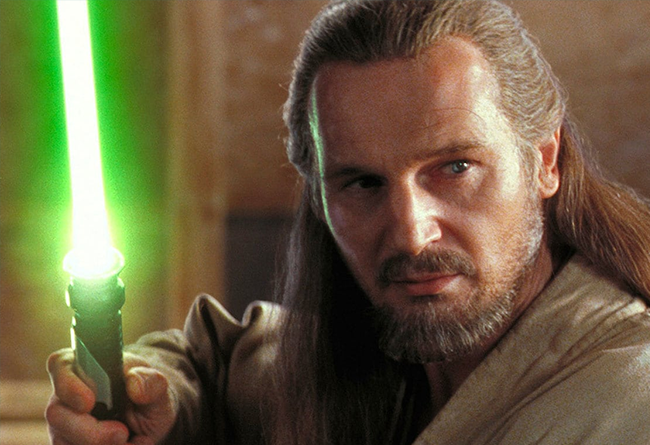 Background: Qui-Gon Jinn, a Force-sensitive human male, was a venerable if maverick Jedi Master who lived during the last years of the Republic Era. He was a wise and well-respected member of the Jedi Order, and was offered a seat on the Jedi Council, but chose to reject and follow his own path. Adhering to a philosophy centered around the Living Force, Jinn strove to follow the will of the Force even when his actions conflicted with the wishes of the High Council. After encountering Anakin Skywalker, Jinn brought him to the Jedi Temple on Coruscant, convinced he had found the Chosen One. His dying wish was for Skywalker to become a Jedi and ultimately restore balance to the Force.

Born on the Core World Coruscant, the capital of the Galactic Republic in around 80 BBY, Jinn eventually learned the ways of the Force as the Padawan of Jedi Master Dooku before ultimately attaining the rank of Jedi Knight. He would go on to take an apprentice of his own, Obi-Wan Kenobi, who adhered to the principles of the Jedi Code more than his own master. When the Trade Federation initiated a blockade of the Mid Rim planet Naboo in 32 BBY, Jinn and Kenobi were dispatched to resolve the crisis at the request of Supreme Chancellor Finis Valorum. Influenced by the mysterious Sith Lord Darth Sidious, the Federation launched a full-scale invasion of Naboo, forcing the Jedi to rescue Queen Padmé Amidala after the fall of Theed. During their journey to the galactic capital, the group was forced to land on the Outer Rim planet Tatooine where Jinn encountered a young slave named Anakin Skywalker. Using a scientific method to gauge the boy’s potential, he learned that Skywalker had more midi-chlorians in his blood than any Force-sensitive in galactic history, including Grand Master Yoda. The revelation that he was the result of a miracle birth—a child born of a mother but had no father—confirmed Jinn’s suspicion that Skywalker was the Chosen One destined to restore balance to the Force. Before departing the desert world with Skywalker, Jinn was confronted by Sidious’ Sith apprentice Darth Maul. Although their duel was brief, it convinced Jinn that the Sith had returned after a millennium of silence.

At the Temple, Jinn was adamant that Skywalker was the Chosen One and should, therefore, be inducted into the Jedi Order. However, having inspected Skywalker for themselves, the High Council deemed him too old, emotional, and dangerously full of fear and anger. Jinn saw their decision as a temporary setback, but the need to resolve the situation on Queen Amidala’s homeworld forced him to set aside his plans for Skywalker. During the Battle of Naboo, Jinn and Kenobi confronted Darth Maul together. While they initially managed to fend off the Sith Lord’s attacks, master and apprentice were eventually separated during the lightsaber duel, resulting in Jinn sustaining a mortal injury. Rushing to his master’s aid, Kenobi fought and ultimately defeated the Dathomirian Sith but could not save Jinn. With his last breath, Jinn made Kenobi promise that he would take Skywalker as his apprentice. Having secured Kenobi’s word, Jinn became one with the Force, dying with the certainty that he had found the prophesied Chosen One. 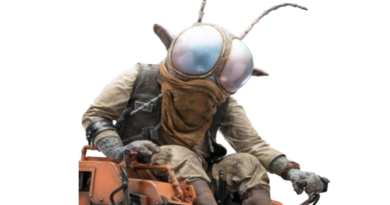 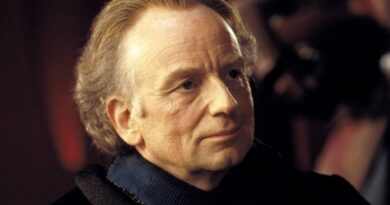 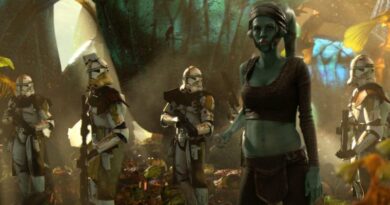