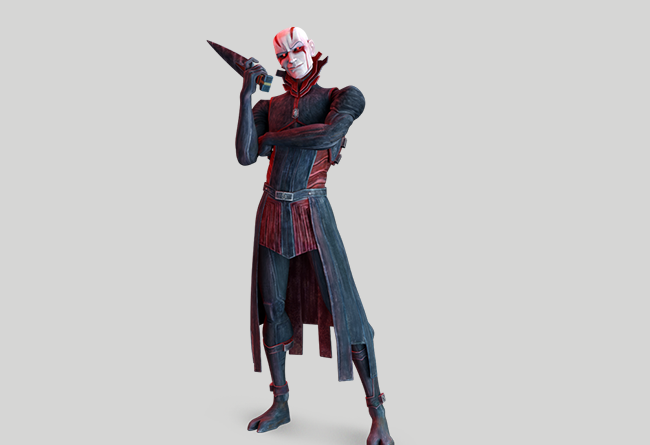 Background: The Son, also known as the Brother, was a male Force wielder who resided in the ethereal realm of Mortis with his family, the Father and the Daughter. Belonging to a family of beings who possessed a unique connection to the Force, the Son embodied the dark side whereas his sister was attuned to the light. Their father maintained a delicate balance between his children until his growing infirmities led him to lure Jedi Knight Anakin Skywalker to Mortis, hoping that the Chosen One would take his place. The Son, who resented the Father’s authority, yearned to escape into the greater galaxy—a goal both the Father and the Daughter were determined to prevent. Intrigued by the potential of the Chosen One, the Son saw Skywalker as the key to his liberation from Mortis and, therefore, sought to turn the young Jedi to the dark side. By corrupting Skywalker’s Padawan, Ahsoka Tano, the Son forced a confrontation between the apprentice and her Jedi Master while, at the same time, battling his sister. By then the Son’s Force powers had grown stronger with the dark side, allowing him to overpower the Father. However, he inadvertently caused the death of his sister by attempting to kill the Father with the Dagger of Mortis.

The Son’s next attempt to turn Skywalker proved successful; as a result of the Son’s powers, Skywalker saw a glimpse of his future as the Sith Lord Darth Vader—a future paved by the fall of the Jedi Order and Darth Sidious’ rise to power; the slaughter of Jedi younglings and the death of his wife, Padmé Amidala; and his fateful duel on Mustafar with Obi-Wan Kenobi, which would result in Vader’s reconstruction as a Sith that was more machine than man. Overwhelmed by the revelation of his fate, Skywalker accepted the Son’s offer of an alliance in the hope of altering the future and bringing an end to the Clone Wars. However, the Father interfered with his offspring’s plans by erasing Skywalker’s memory of the visions. Shortly afterward, the Father took his own life with the Dagger, rendering the Son vulnerable to Skywalker’s lightsaber blade which ultimately killed him. 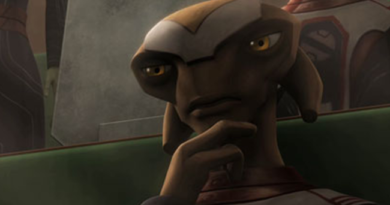 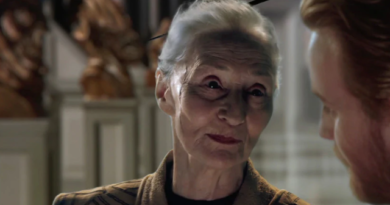 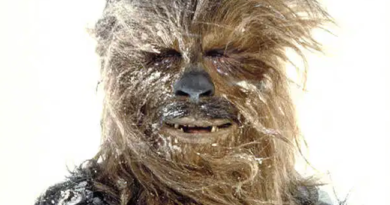