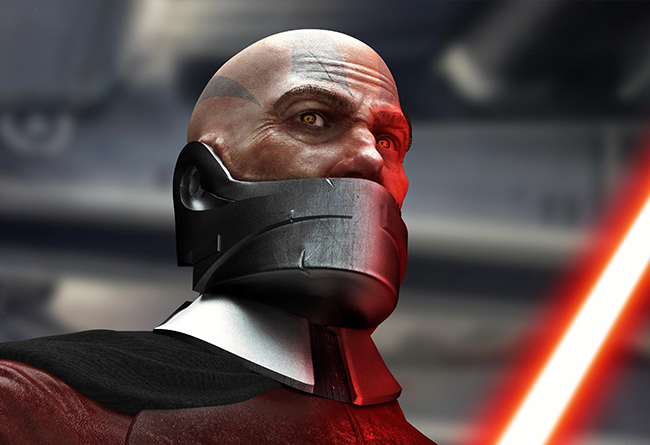 Background: Darth Malak was a Human male who reigned as a Dark Lord of the Sith during the Jedi Civil War. Before becoming a Sith Lord, Alek was born on the planet Quelii in the Outer Rim Territories. When the Mandalorians attacked his homeworld, he escaped the battle and fled to the Galactic Republic, whose immigration records assigned the name of his home village as his surname. He was trained in the ways of the Force by the Jedi Order and was nicknamed Squint by his fellow Jedi, before eventually becoming a Jedi Knight. During the Mandalorian Wars, Alek, Revan—his closest friend and fellow Jedi Knight—and their faction of Jedi disobeyed the Jedi Council and aided the Republic’s war effort through scouting missions in the Outer Rim. He befriended the Jedi Padawan Zayne Carrick and, after taking the name “Malak” in order to avoid an arrest warrant issued by the Council, assisted Carrick in defeating the secretive Jedi Covenant. As the war progressed, Malak became a military general and gained a reputation as a headstrong warrior who recklessly charged into danger. Malak and Revan ultimately defeated the Mandalorians in the war’s final battle at Malachor V and pursued the surviving Mandalorians into the Unknown Regions. However, the two Jedi encountered the Sith Emperor of the reconstituted remnants of the ancient Sith Empire and fell to the dark side of the Force under his tutelage, becoming Sith Lords.

The newly christened Darth Malak and Darth Revan were given a mission by the Sith Emperor to find the Star Forge, an ancient Rakatan space station, which would help to destroy the Jedi Order and the Republic. Malak helped Revan track down the Star Maps that led to the Star Forge and, after finding the superweapon above Rakata Prime, Revan assumed the mantle of Dark Lord of the Sith, with Malak becoming his Sith apprentice. A year after their disappearance from known Republic space, the two founded their own Sith Empire, returned to the Republic, and declared war, determined to end the Jedi Order’s supposed tyranny. At one point during the conflict that became known as the Jedi Civil War, Malak’s entire jaw was removed by a lightsaber strike from Darth Revan, forcing him to wear a large metal prosthesis. A short time later, after the Jedi dispatched a strike team to capture Revan and Malak, the latter betrayed his Sith Master, ordering the guns of his flagship to fire on Revan’s vessel. Convinced that his Master had died, Malak usurped Revan’s mantle of Dark Lord and ruled the Empire unchallenged, brutally conquering territory after territory and taking the fallen Jedi Darth Bandon as his Shadow Hand.

It was not long until Malak was proven wrong about his beliefs regarding Revan’s death. The following year, after destroying the planet Taris and razing the Jedi Enclave on Dantooine, Malak intercepted Jedi Knight Bastila Shan and an amnesiac Revan, whose memories as the Dark Lord had been replaced with an identity loyal to the Republic by the Jedi Council. After Malak revealed to Revan his former identity as the Dark Lord, Shan allowed herself to be captured by Malak so that Revan could escape. Malak corrupted Shan, whom he had once considered a threat, and convinced her to become his apprentice, replacing Darth Bandon, whom Revan and his companions had previously killed. Now assisted by Shan’s battle meditation, Malak considered his Sith Empire to be invincible. However, when the Republic fleet attacked the Star Forge, Revan—a redeemed and retrained Jedi—boarded the ancient superweapon and confronted Malak in a lightsaber duel that resulted in the Dark Lord’s death. With that, Malak’s reign as the Dark Lord ended, and the Republic eventually emerged victorious from the Jedi Civil War. 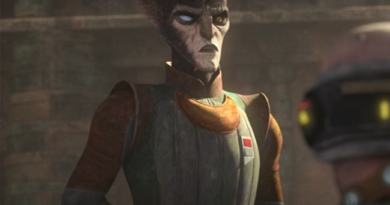 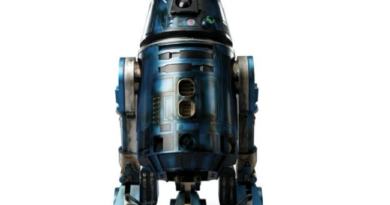