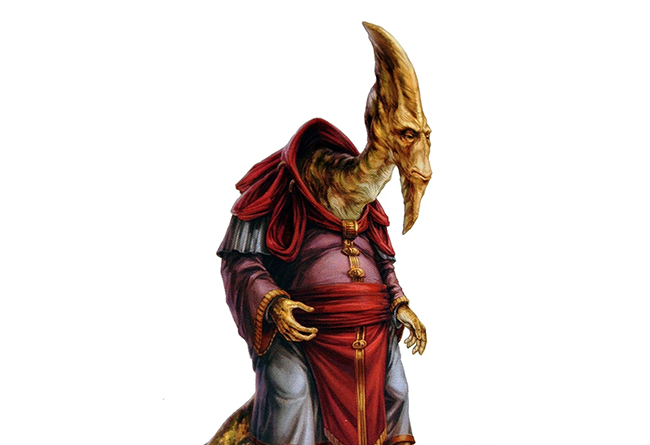 Special Abilities:
Blindsight: Anx have exceptionally poor eyesight, and instead use sense organs along their crests, knees, and elbows to “smell” the world around them.

Communication at a Distance: Anx speak in a booming, low-frequency language that other Anx can hear up to five kilometers away.

Increased Hand-to-Hand Damage: Due to their physiology, Anx characters add +1D to their Strength score when rolling their hand-to-hand damage.

Fin Cloaks: The skin and fins of an Anx change colors to reflect their emotions, making an Anx’s basic mood easy to decipher. As a result, Anx characters often wear fin cloaks that make it more difficult for others to interpret their emotions. An Anx without a fin cloak suffers a -2D penalty to all Bargain and Con skill checks.

Background: The Anx were a tall reptilian sentient species native to Gravlex Med. They were notable for their blade-shaped head which had a crest that changed color according to the individual’s mood. They had a hunched stature and a low voice that was a direct result of the atmosphere on their homeworld which has higher-than-average gravity. They also were represented in both the Galactic Senate and the Jedi Order. 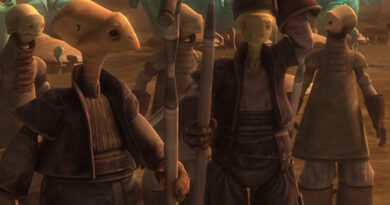 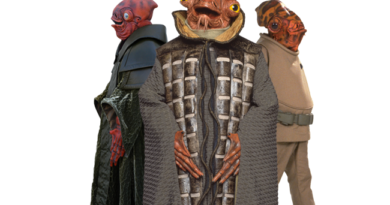 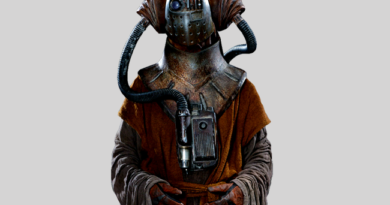