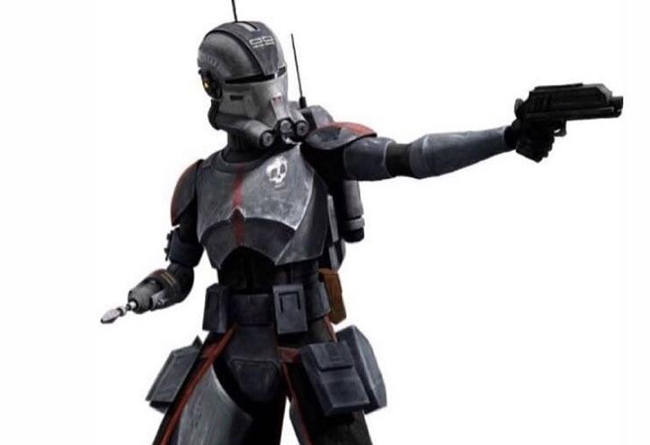 Special Abilities:
Military Training: All Clones go through intensive military training throughout their formative years.
Questionable Obedience: Clone Force 99 operate outside the normal chains of command and will question the orders of their superiors.
Cybernetics: Echo has a cybernetic right socket arm (connect directly to computers, +1D to Computer and Droid Programming) and legs, neural and respiratory systems

Background: CT-1409, nicknamed “Echo” and known as the Hero of Anaxes, was a clone trooper and Corporal who served the Grand Army of the Galactic Republic during the Clone Wars. Born on Kamino, Echo was originally identified as CT-21-0408, a cadet of the Domino Squad along with his friends, CT-782 “Hevy,” CT-4040 “Cutup,” CT-00-2010 “Droidbait,” and CT-5555 “Fives,” before he graduated from the clone training center. On his first assignment after graduating, Echo was tasked with guarding the Rishi Station moon base, where he, along with Fives, Clone Captain CT-7567 “Rex,” Clone Commander CC-2224 “Cody,” and Hevy, who sacrificed himself during the fight, aided in warning the Republic of an impending Separatist attack on Kamino. Echo was commended for his bravery and absorbed into the 501st Legion.

After the attack on the Rishi Moon, Echo defended his homeworld from Separatist forces as they attacked Tipoca City, where they sought to destroy the Republic’s cloning facilities. Once Republic forces successfully repelled the attack, Echo and Fives were both promoted to the elite rank of ARC trooper. Echo was later tasked with a mission to Lola Sayu, where he joined a group of Jedi and experienced clone troopers to retrieve coordinates to the Nexus Route from the Jedi Master Even Piell, who had been imprisoned on Lola Sayu’s Citadel lead by Commandant Osi Sobeck. After Piell and his surviving men were rescued, the group headed for the landing field to escape on a shuttle. However, when Echo noticed a commando droid target their shuttle with a laser turret, he advanced to secure their ship, ultimately being blown up with the ship in a massive explosion that led his comrades to believe he was killed. Despite the loss of Echo and Piell’s death later during the mission, it was ultimately a success.

The severely injured Echo was taken prisoner by Separatist forces, where he was sold to the foreman of the Techno Union, Wat Tambor. Echo was kept alive by being turned into a cyborg, albeit at the cost of his consciousness. He became an unwitting pawn for the Separatists during their campaign on Anaxes, led by Admiral Trench. When Rex found traces of Echo’s survival, he, accompanied by Clone Force 99 and Jedi General Anakin Skywalker, led a mission to rescue Echo on Skako Minor. They succeeded, and, in turn, Echo used his cybernetic capabilities to turn the tide against the Separatists on Anaxes, leading to the Republic’s victory. After the mission, Echo decided to join Clone Force 99. 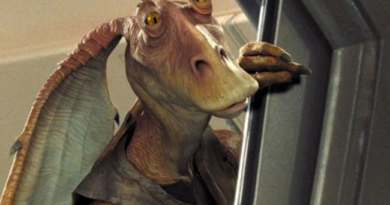 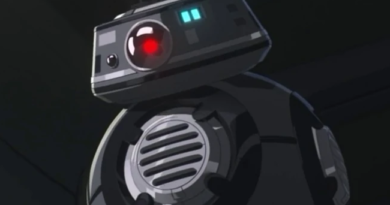