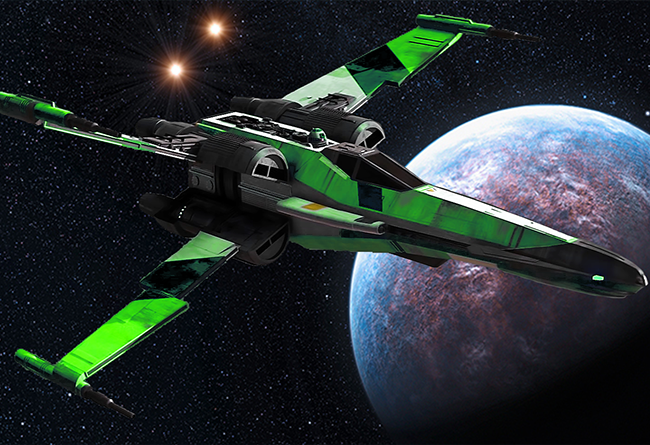 Background: The T-85s were flown by the New Republic Defense Fleet in the decades after the Battle of Endor. The impetus of their design came from Admiral Gial Ackbar, who realized that the T-70s were aging. He proposed that Incom-Freitek design the next generation. They were deployed to defend space lanes from pirates.

Most of the New Republic’s T-85 X-wing fleet was atomized when the First Order destroyed the Hosnian system in 34 ABY. Shortly afterward, Commander Dameron joked to General Leia Organa that he had ordered a shipment of the T-85s in the leadup to the Battle of Crait as the Resistance fled the First Order counter-attack.

Following the devastating losses at Crait, the Resistance was down to only a small amount of men and material. Meanwhile the First Order had begun large-scale scrapping of captured New Republic ships. General Organa ordered a team to the scrap planet Bracca, and Shriv Suurgav led Dross Squadron to recover several starships, including one T-85. 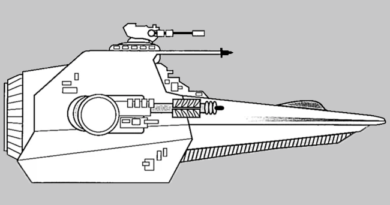 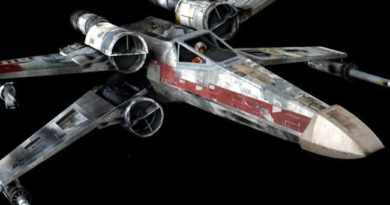 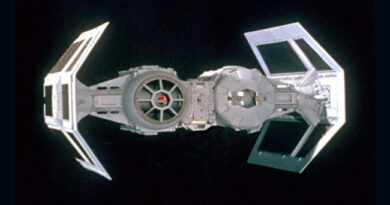