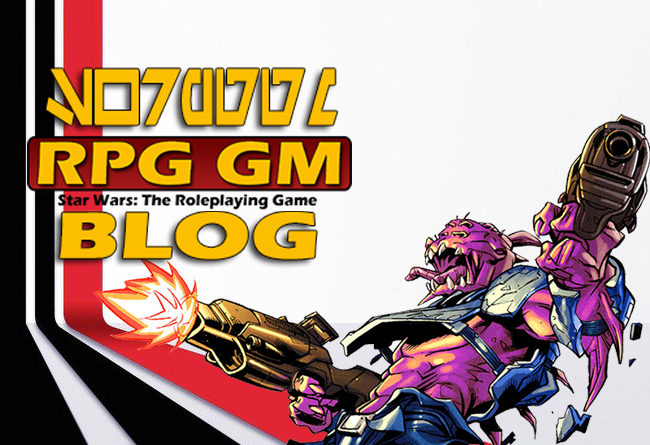 The rakghoul plague or rakghoul disease was a disease engineered by the ancient Sith Lord Karness Muur. Muur, seeking a means to escape death and achieve galactic conquest, forged a Sith amulet that came to be known as the Muur Talisman, an item into which Muur poured his mind, will, and Sith magic.

The Muur Talisman’s power could almost instantaneously turn any nearby sentient being into a mindless rakghoul, a Sith-spawned mutant subservient to Muur’s will. But the talisman’s power was not perfect, and it could not transform Force-sensitives or beings belonging to certain non-Human species into rakghouls, and thus Muur designed the rakghoul plague to compensate for this weakness.

The virus-like plague, carried by every rakghoul in existence at the time, could be spread to another being by a bite or a scratch from a rakghoul’s claw. The victim would then suffer through an incubation period lasting approximately six to forty-eight hours before being transformed into a rakghoul, one fully capable of spreading the Sith-made disease on to further victims.

Remember that curing the Rakghoul Plague is incredibly difficult, not just because of the virility of the virus, but because of its origins in Sith Sorcery. Powers such as Restoration are unlikely to have any great success stopping the virus. Only truly powerful force powers or rare vaccine serums would be likely to truly succeed. Consider how such cures would exist in your world, and how your players could go about attaining them should they fall prey to the plague.

When a player or creature is infected with the Rakghoul Plague, roll a 1D+4. For a number of hours equal to the number rolled, there are no symptoms. At the end of this time, the creature must make a Difficult Knowledge Willpower roll against the plague. On a success, the disease doesn’t progress and remains asymptomatic for another 1D+4 hours before the creature must repeat this roll.

At this stage, the player or creature is still poisoned, and takes on a noticeably sickly appearance; its eyes turn a yellowish-green, its breath turns foul, and its skin takes on a pale, corpse-like pigmentation.

Additionally, once per round the creature must succeed on a Difficult Knowledge Willpower roll. On a failed save, the creature spends its action that turn retching and reeling in place. This effect cannot occur more than once per minute.

Lastly, if the player or creature is too wounded by the poison at any time while at this stage, it immediately dies and resurrects after 1D+4 minutes as a rakghoul fiend.

A player becomes a creature at Stage IV and retains the effects of Stages II and III, as it starts to losing control. Once per turn when it attempts to make an attack roll or cast a power, it must succeed on a Very Difficult Knowledge Willpower roll or go into a blind rage. On a failed roll, the creature loses the ability to distinguish friend from foe, regarding all creatures it can see as enemies. Whenever the affected creature chooses another creature as a target, it must choose the target at random from among the creatures it can see within range of the attack, power, or other ability it’s using. If an enemy provokes an opportunity attack from the affected creature, the creature must make that attack if it is able to.

At the final stage of infection, the creature’s appearance twists further, taking on a more gaunt and angular visage. Blood begins to leak from its orifices, and its eyes turn black. Once per hour while at this stage, the creature’s continues to be wounded. After 1D+4 hours it is fully transformed and is beyond saving. It remains a Rakghoul feind forever.

Since the earliest days of the first outbreak of the Rakghoul virus, attempts to discover a cure or vaccine for it have persisted. Despite centuries of effort, an official, publicly available, highly-effective inoculation has eluded the galaxy.

That is not to say that there have not been successes. During the time of the Old Republic, rumors existed that the former-Sith Lord Revan aided in the creation of a serum that cured infected on the planet Taris shortly before its orbital bombardment.

Several hundred years after that, during the Galactic War between the Republic and the resurgent Sith Empire, a galaxy-wide outbreak pushed entire planets into quarantine. The Hyland Organization for Rakghoul Neutralization – or, T.H.O.R.N. – spearheaded the efforts against the virus, and successfully employed a short-term vaccine among its agents to inoculate them against the effects of the plague while combating ghouls in the underground tunnels of Alderaan and Tatooine. And many thousands of years later, Jedi Cade Skywalker managed to use a unique force ability to heal himself of infection.

The virus is pernicious and persistent, however, and even at times when vaccines did exist in some limited capacity, they were expensive for the average person and in short supply. For those considering introducing the Rakghoul Plague into your game world, consider when your game takes place and whether or not any such cure is available in it.

AN INDEFINITE COMPOSITORY OF CURES

This syringe holds cloudy, purple liquid that bears a foul, sulfuric smell. You can use an action to administer the inoculation to a creature within 5 feet. When you administer this inoculation, the creature has advantage on saving throws made to resist the rakghoul plague for 1 hour. A creature can benefit from only one inoculation at a time.

This concoction of foul-smelling formula contains a mixture of collected rakghoul secretions, bile, waste, and sweat alongside an activating enzyme. As an action, you can administer these pheromones to a creature within 10 meters. When you administer these pheromones, the creature has advantage on all Perception (Sneak) checks made to avoid detection by rakghouls, and all Charisma checks to interact with them.

Additionally, rakghouls that come within 10 feet of the creature must succeed on a Very Difficult Knowledge Willpower saving throw or become charmed by the creature. While charmed in this way, the rakghoul regards the creature as friendly. This effect ends after 10 minutes, or the creature or its allies attack the rakghoul.

This syringe holds 3 uses of translucent, vibrant purple liquid that bears a purified, alcoholic smell. You can use an action to administer the serum to a creature within 10 meters. When you administer this serum, the creature becomes immune to the rakghoul plague. A creature currently infected with the plague is immediately cured.

A rakghoul injected with this serum must make a Very Difficult Knowledge Willpower. On a success, the creature is cured, falls unconscious, and reverts back to its original form in 1D+4 hours. On a failure, the creature is not cured and is immune to rakghoul serum for 1 standard day.

This syringe holds 3 uses of hazy, swirling purple liquid that bears a waxy, copper smell. You can use an action to administer the vaccine to a creature within 10 meters. When you administer this vaccine, the creature gains immunity to rakghoul plague for 1 standard day. A creature currently infected with the plague is immediately cured.

Each time a creature immunized by this vaccine it would make a Knowledge Willpower saving throw of Moderate against being infected with the rakghoul plague, there is a chance the vaccine is broken down in the bloodstream, ending its effects immediately after that contact, but not before protecting the creature. This chance increases by for each successive instance of contact with the plague. On a failed roll, the creature is not aware the vaccine has broken down.

This syringe holds 3 uses of murky, darkly purple liquid that bears a waxy, copper smell. You can use an action to administer the inhibitor to a creature within 5 feet. When you administer this inhibitor to a creature infected with rakghoul plague, the effects of the plague are subdued for a 1D+4 hours. Whenever the creature would roll an Knowledge Willpower Moderate saving throw against advancing to the next stage of infection while under the effects of this inhibitor, the roll is an automatic success. 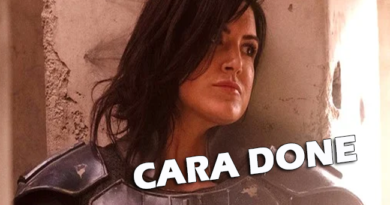 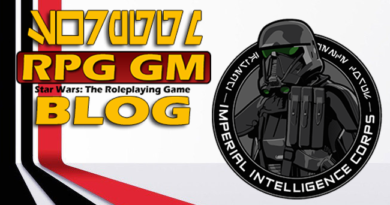 The Structure of the Empire Part 3: Imperial Intelligence