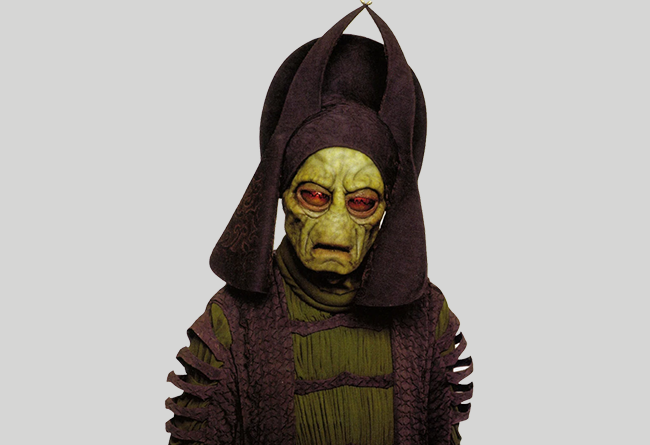 Background: Rune Haako was a male Neimoidian official of the Trade Federation and a high ranking member of the Separatist Council. During the invation of Naboo by the Trade Federation, Rune Haako was Viceroy Nute Gunray’s right hand man, Settlement Officer and lieutenant. He, Gunray and Dofine schemed with the Sith Lord Darth Sidious in order to achieve greater profits. On Sidious’s orders, they made a blockade on Naboo, because of the new taxation of the formerly Free Trade Zones, and later invaded the planet. The Neimoidians attempted to make Queen Padmé Amidala sign a treaty to make the invasion legal by threatening to starve the people of the planet, but she successfully escaped the planet. To ensure all went according to his plan, Sidious sent his apprentice Darth Maul to oversee the occupation and to keep an eye on the Trade Federation leadership, which greatly unnerved the naturally cowardly Neimoidians. Gunray held Governor Sio Bibble prisoner and OOM-9 informed Gunray that they would soon draw out the Gungans and kill them. Gunray, Haako and Maul assured Sidious that the Federation will win and that Amidala would soon be forced to return in order to save her people. As they predicted, Amidala returned. Dofine perished and Gunray and Haako were sent to Coruscant, but ultimately they remained free.

During the Separatist Crisis, Gunray, Haako and their partners from planets and corporations were invited to Geonosis by Count Dooku, Sidious’s new apprentice. Gunray and Haako pledged the Trade Federation’s support to the Confederacy of Independent Systems and asked that in return Dooku kill Amidala, the Federation’s most hated enemy. Gunray, Haako, Dooku and Archduke Poggle the Lesser oversaw the failed execution of Jedi Knight Obi-Wan Kenobi, his Padawan Anakin Skywalker and Amidala in the Petranaki Arena, who were saved by the Jedi and the new Grand Army of the Republic. The two Neimoidians joined the other Separatist Council members and saw with their own eyes the First Battle of Geonosis via hologram. Haako declared it vital that the Federation starships be launched before retreating in a Sheathipede-class shuttle.

At the end of the war, the Separatist Council was called by General Grievous to Utapau, following the death of Dooku, and were sent to Mustafar where they resided up until the end of the war. Promised a great reward by Lord Sidious, Haako and the others waited for it to arrive, unaware that they were in fact to be killed by Darth Vader, on Sidious’s orders. When Vader arrived, he proceeded to do just that, cutting down all in his path. At one point, Haako pleaded with the Sith Lord to cease the massacre, to no avail, and retreated into the conference room with Wat Tambor as Vader cut down Rute Gunnay before his eyes. This, however, did little more than delay their deaths by a few seconds and Vader killed both Haako and Tambor in quick succession, leaving only Gunray to fall moments after. 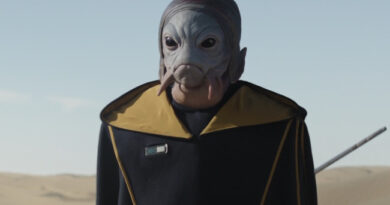 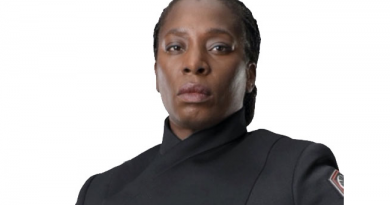 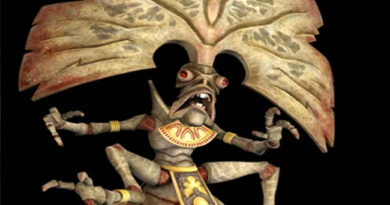