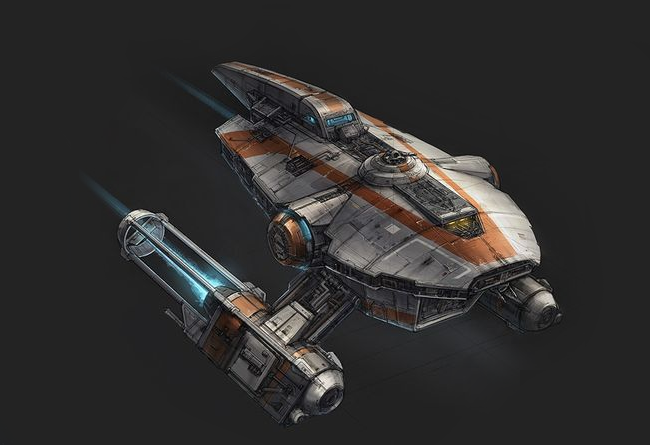 Background: The Republic transport shuttle was a class of shuttle used by the Galactic Republic during the Cold War and the Galactic War with the reconstituted Sith Empire, transporting troops and civilians to various worlds.

The ship was propelled by two engines, attached to folding wings, on each sides. Most of the hull was used to transport passengers, with the cockpit protruding on the back. A ramp could be extended rearward of the ship to give access to the passenger compartment, sheltered by an armored door. To protect itself, the shuttle was equipped with two twin laser turrets: one in the front of the ship, right under the nose; and one on the back, right in front of the cockpit.

One shuttle delivered new recruits to the planet Ord Mantell during the Separatist War, and another shuttle was used by the Republic archaeological team that explored the planet Athiss. Several shuttles that were part of Strike Team Oricon crashed on the moon Oricon. 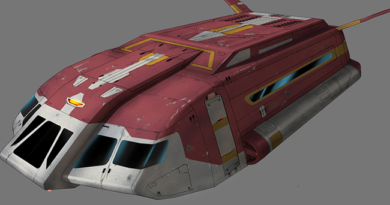 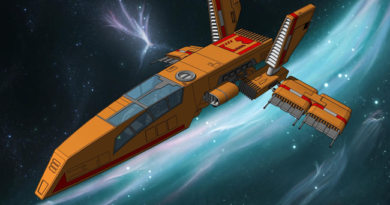 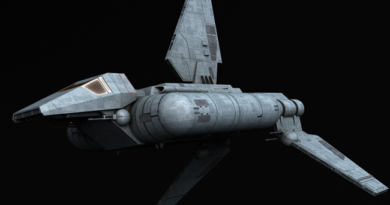