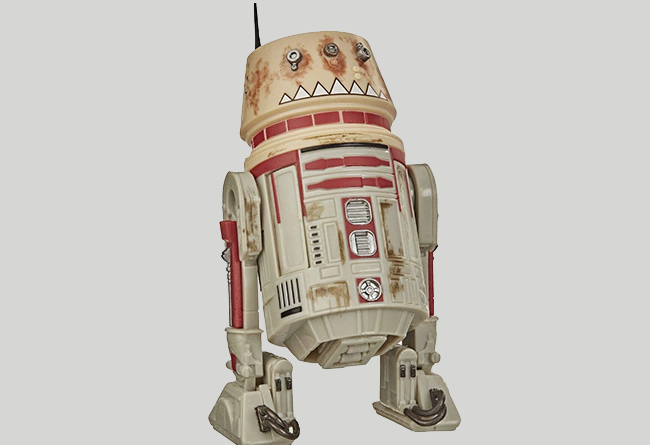 Background: R5-P8 was an astromech droid owned by the Ohnaka Gang during the Clone Wars. In addition to a unique paint job, the droid was also heavily modified with a blaster pistol mounted atop his head.

R5-P8 was a member of the Ohnaka Gang which was led by Hondo Ohnaka. During the capture of Count Dooku, Jedi Knight Anakin Skywalker, and Jedi Master Obi-Wan Kenobi, R5-P8 was present during the escape.

During the rise of the Galactic Empire, the Ohnaka Gang dissipated, engendering R5 to join a new gang, led by former Ohnaka Gang co-leader Gwarm.

Decades later, during the First Order-Resistance War, Hondo Ohnaka once again gained possession of the droid, who worked as his assistant at Ohnaka Transport Solutions in the Black Spire Outpost on Batuu. 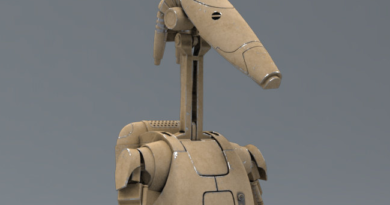 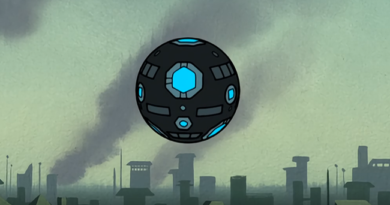 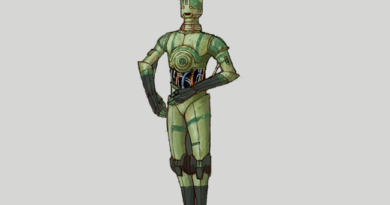