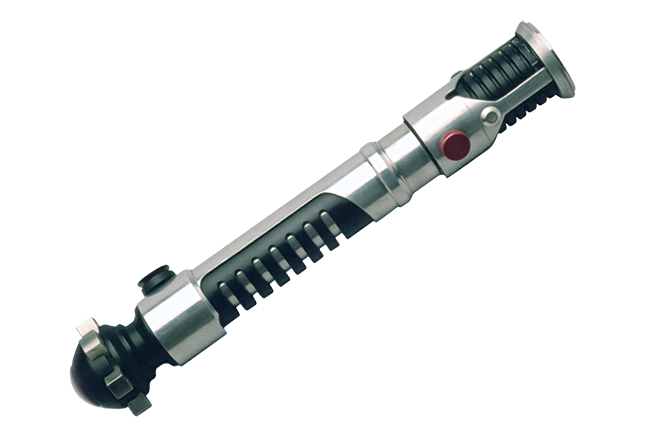 Background: Obi-Wan Kenobi’s first lightsaber was the lightsaber constructed by and wielded by Obi-Wan Kenobi when he was a Padawan. It was based on the simple design of his master Qui-Gon Jinn’s weapon. Kenobi lost this weapon during the Invasion of Naboo during a duel with the Sith Lord Darth Maul, who kicked it into a reactor shaft inside the Theed power generator. Obi-Wan would later build himself a replica of this weapon that he would wield as a Jedi Knight until the start of the Clone Wars, after which he would use a new lightsaber of a completely different design.

This lightsaber was powered by a diatium power cell, which was surrounded by the notched hand grip.

During his Mission to Pijal, the kyber crystal which powered the blade of the weapon was briefly swapped with a kohlen crystal. This ended up saving his life, as such a blade was able to cut through armor which was similarly powered by kohlen crystals. 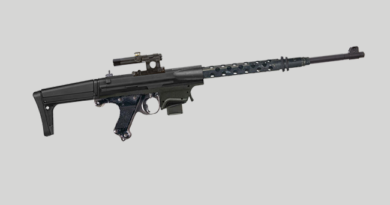 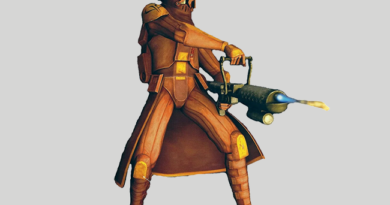 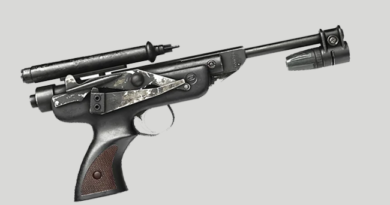