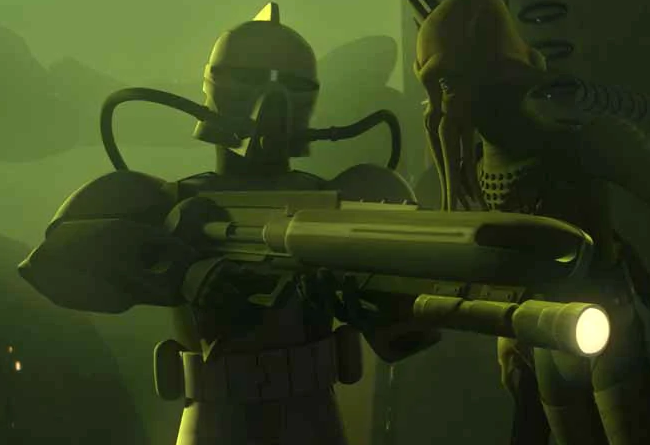 Game Notes: Weapon will overheat and explode if fired two rounds in a row outside of water.

Background: A DC-12U beam rifle, also known as the SCUBA trooper rifle, was a specialized blaster rifle that could operate underwater. It was a double-barreled gun that came equipped with a flashlight attachment to provide visibility in dark ocean depths. During the Battle of Mon Cala, a detachment of Clone SCUBA troopers were equipped with these rifles. DC-12Us were carried by the SCUBA troopers successors, the Imperial seatroopers, during the occupation of Mon Cala.

Designed by BlasTech Industries for the Grand Army of the Galactic Republic’s clone dive troopers, the DC-12U beam rifle was a heavy, double-barreled weapon developed from an older BlasTech blaster rifle built for use in wet, humid, or swamp-like environments. Equipped with a collapsible stock and an integrated under-barrel mount, the DC-12U fired two low-output blaster bolts with one pull of the trigger and was devastating in the proper hands. The under-barrel mount could also typically be equipped with a high-powered flashlight that provided visibility in the darkest depths of the various aquatic planets’ oceans.

As a result of its particular mix of blaster gases and its special focusing elements that were used to optimize underwater operations, the DC-12U fired blue-colored blaster bolts as opposed to the typical red bolts emitted by most weapons. 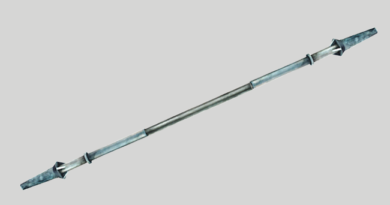 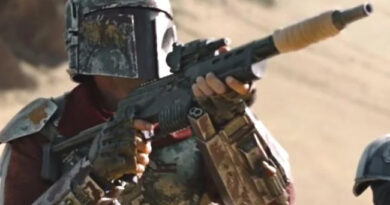 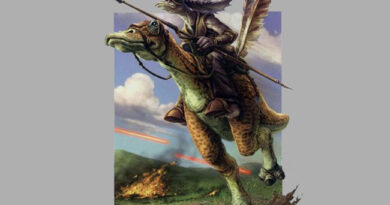