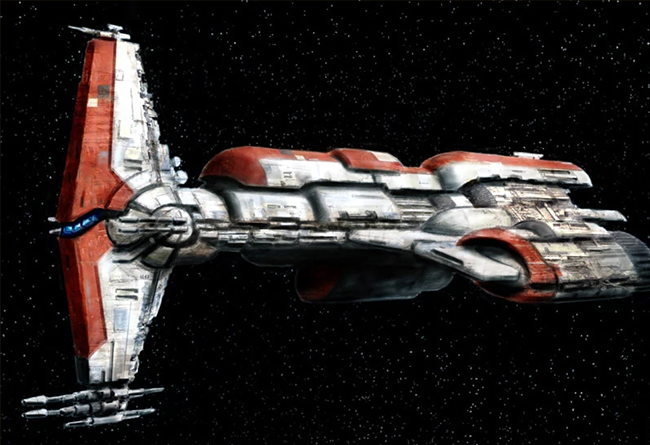 Background: The Hammerhead-class cruiser was a type of warship used by the Republic Navy during the Old Sith Wars, the Mandalorian Wars, and the New Sith Wars. One of the most successful warship designs in galactic history, the Hammerhead-class would still see use in sector defense forces millennia after its introduction and would inspire many later ship designs, such as the Thranta-class corvette and MC140 Scythe-class main battle cruiser.

This ship was a cruiser and a successor-design to the smaller Praetorian-class frigate. Serving on the line in fleet engagements as a courier and as a command ship of large fleets, it was a workhorse of the Republic and a common sight near Republic-controlled worlds. This ship could also undertake independent operations, unlike the Foray-class blockade runner, which was never observed outside a supporting fleet. Hammerheads were able to enter atmospheres and land on planetary surfaces.

The spaceframe resembled the later Consular-class cruiser and the CR90 corvette, though this may have been coincidental. They also bore a large resemblance to the EF76 Nebulon-B escort frigate of the Galactic Civil War era, due to the vertically elongated bridge.

In 3956 BBY the cruisers appeared to possess at least seven turbolasers, with three batteries of two and a single turbolaser cannon mounted atop the hammerhead bridge structure. As demonstrated by the Endar Spire and the Harbinger some years later, they also appeared to have a number of lighter, point-defense laser cannons for use against small craft mounted at various points along the hull.

They were propelled by four ion engines emitting particles in the orange section of the visible spectrum during the wars around 3956 BBY. This changed over time, earlier ships having three engines that emitted blue particles. 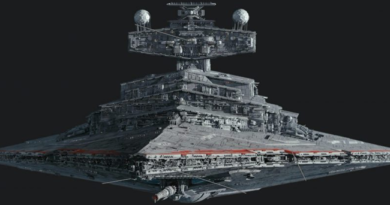 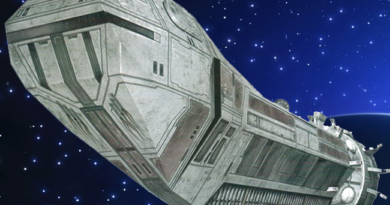 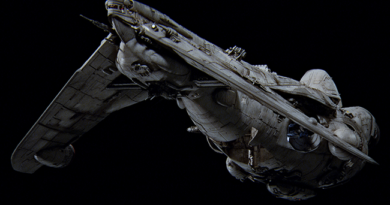