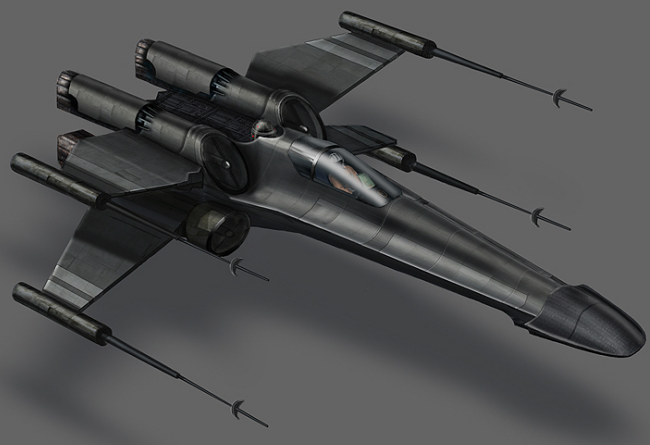 Stealth Hull: The hull, engines and canopy of the StealthX have all been modified to be hard to see against the backdrop of space. This grants a +4D to a pilot’s skill rolls to visually hide the starfighter from visual vew. This works in space, as the hull is star-flecked, and it can hide while floating in plain site. Any being trying to see the fighter must make a visual Perception or Search roll against the pilot’s Starfighter Piloting roll with the bonus given here. Further, regardless of wether the pilot is actively trying to hide or not, anyone trying to notice the fighter against the backdrop of space must succeed their roll at Difficult Level to notice anything at all out of place. This does not work in textures and backgrounds that would give the fighter away, such as having it land on a planet with bright grassy fields against its matte black hull.

Gravitiv Modulator: The StealthX has this device installed to replace its third proton torpedo launcher. It grants the fighter either a +4D to its skill rolls or a +2 levels to the Difficulty (whichever suits the GM) to avoid being detected by mass-detectors in hyperspace (which require Sensor rolls to detect vessels in hyperspace travel).

Sensor Negators: The StealthX gets +4D to its Sensors to roll against any Sensors trying to detect it in normal space. This is in addition to the bonus granted by it Sensors, depending upon relevant range.

Shadow Bombs: After the forces of the galaxy began developing tactics to use against the Yuuzhan Vong’s unique biotechnology, the Jedi began using a tactic called the “Shadow Bomb”, where proton torpedoes would be emptied of their propellant fuel and filled with even more explosive yield, as well as modifying the launchers and hull to deploy the torpedoes into space without any bright propellant trails for the Yuuzhan Vong to notice. They would then launch the torpedo and move it with their Jedi powers (Telekinesis) towards a target and would have greater impact. this was because the Yuuzhan Vong could only spot the torpedoes by their brightly burning propellant trail when they were launched, and therefor these would usually not be caught by the black hole shields of the dovin basals. Note that Jedi Telekinesis is needed to move the torpedoes, but the shadow bomb tactic could still be used by normal pilots to lay mines in the path of Yuuzhan Vong ships. The ranges given above for shadow bombs are for the modified launching system. The speed of the torpedoes after launch is equal to the relative speed of the ship that launched them. Jedi and other Force users using shadow bombs while in combat must make a Heroic Difficulty on their Alter Force skill roll to deploy and move the bombs while flying their starfighter and dodging incoming attacks. This is also modified by range, easily becoming a +5 to +10 Difficulty roll as the bomb moves further out of site in the combat zone. Shadow bombs have +3D to their damage dice from the extra explosive yield they possess.

Glop Bombs: These are missile weapons that explode and deliver a glob of foam that begins to harden upon delivery and contact with a target. The damage is rolled against the target’s hull. If the strength of the glop bomb beats the target’s Hull Dice, check the Starship Damage Chart. Whatever damage code is reached, check for the possible loss of Speed and Maneuverability, anything having to do with the target’s mobility: all of these are applied together. The substance of the glop bomb hardens over time, and continues to roll against the target’s Hull Dice for 3 rounds, each round after contact having +1D to its Strength Dice (for +2D at the third and final round). The effects each round from this stack, as well as results from further glop bomb strikes, until the target is completely immobile and cannot move. Also, as the glop hardens, it grants the target a further +1 pip per round of hardening (+2 pips on the third and final round) to the target’s Hull Dice to resist other damage effects from weapon attacks against it. If glop bombs are used extensively against the target, this could make it difficult to destroy without a called shot to an exposed area not covered by the glop, but the target may not be able to dodge anyway.

Background: The StealthX was smaller than the XJ-series X-wing. It featured equipment that hid the craft both visually and from sensors, though the craft’s position was given away if proton torpedoes were used or if the pilot broadcasted over the comlink. The StealthX was used exclusively by Jedi, as the restrictions on comm usage made it nearly impossible for anyone other than a Jedi to coordinate with other forces. The only known use of StealthXs by non-Jedi occurred in 44 ABY, when Wedge Antilles and Tycho Celchu flew a pair on a mission to retrieve Wraith Squadron from Vandor-3. However, they deliberately made no use of the fighter’s stealth features.

A modification of the already formidable T-65XJ3 X-wing starfighter, the StealthX had a star-flecked body of irregular, matte-black fiberplast that rendered it almost invisible against a background of stars. The third torpedo launcher had been replaced by a gravitic modulator designed to defeat mass-detectors, and its shields had been downgraded to make room for a suite of sensor negators. Even its fusial engines had been retooled to burn a special tibanna isotope, designated TibannaX, whose efflux turned dark a millisecond after fusion. The viewports utilized blast-tinting technology.

The standard proton torpedoes were often replaced with the custom-made Jedi shadow bombs, if they were available. The StealthX could also carry glop bombs, which released a quick-hardening foam upon detonation, and two-stage armor-piercing bunker-buster bombs. The advanced R9-series astromech droids were assigned to assist the pilots with the special requirements of this unique craft. 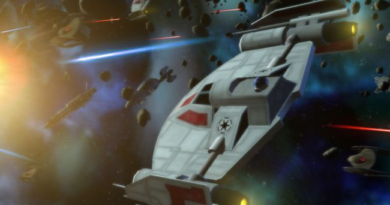 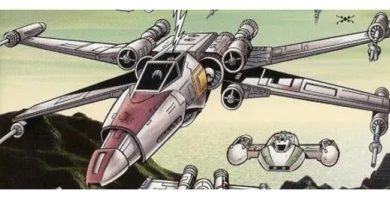 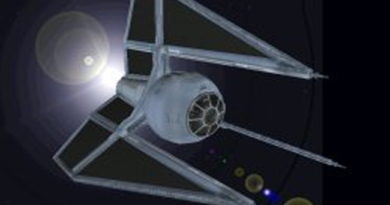