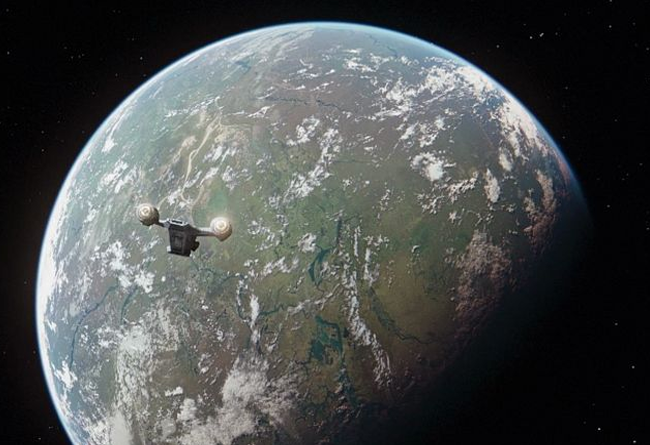 Background: Mystical scholars gathered on the harsh and mysterious world of Tython millennia ago to begin the first studies of the Force, but controversy among the scholars’ ranks created a cataclysm which nearly destroyed the planet. A small group of survivors fled to another star system, put their dark past behind them, and founded the Jedi Order.

Thousands of years passed, and the true legacy of Tython was forgotten. Rediscovering the planet early in the Great War, the modern Jedi began exploring the mysteries of Tython’s history, and learning much about the earliest Force users. When the Empire sacked Coruscant and destroyed their long-standing Temple, the Jedi Council chose to rebuild the Temple on Tython and train a new generation of Jedi to battle the Sith menace. They soon discovered, however, that Tython’s mystical power carried its own dark legacy, a pervasive taint of unknown origins.

Around 9 ABY, the former Jedi Padawan Ahsoka Tano instructed the Mandalorian Din Djarin to take the Force-sensitive child, Grogu, to Tython. Djarin did so, traveling to Tython and placing Grogu on the seeing stone. Grogu entered a meditative state while perched on the stone. Meanwhile, the bounty hunter Boba Fett, along with his partner Fennec Shand, tracked Djarin to Tython, intent on reacquiring his armor. They were attacked by Moff Gideon’s Imperial forces, and after a skirmish and the destruction of Djarin’s ship, the Razor Crest, the child was ultimately abducted by dark troopers.

Tython was a planet in the Tython system of the Deep Core that played a pivotal role in the histories of the Je’daii Order and its successor, the Jedi Order. A verdant world that was incredibly rich in the Force, Tython was inhabited by an unknown species hundreds of thousands of years before the rise of the Galactic Empire, and it was visited by both the Gree and Kwa, two of the earliest species to have achieved interstellar travel. In 36,453 BBY, the great pyramid ships known as the Tho Yor brought pilgrims from over a dozen species from across the galaxy to Tython, where the pilgrims learned to harness the Force and established the Je’daii Order, basing their philosophy of balance upon Tython’s two moons Ashla and Bogan. The Je’daii soon realized that Tython was unsafe for those who could not sense the Force, and as a result, the Tythans spread out to settle the other worlds of the Tython system.

In 25,805 BBY, after over ten thousand years of peace, Tython was the site of the final battle of the Despot War, and twelve years later, a vessel from the Infinite Empire of the Rakata species crashed on Tython’s surface, sparking one of the intense Force storms that occurred whenever the balance of Tython was shifted between the light and dark sides of the Force. The Force Wars erupted not long afterwards, a devastating conflict fought between the followers of the light side and the followers of the dark side, and in the aftermath of the Force Wars, the victorious light-siders established the Jedi Order. The Jedi departed Tython for the distant world of Ossus, leaving Tython to become lost as the Deep Core erased the hyperlanes to the planet, and the savage Flesh Raiders evolved on the now-empty world.

A terrestrial world in the Tython system of the Deep Core, Tython was the fifth planet in orbit around the star Tythos, orbiting Tythos at a distance of less than 160 million kilometers, and the planet was incredibly rich with the Force. Tython possessed a breathable atmosphere and a temperate climate, and it featured a number of continents separated by oceans and seas. The planet was geographically varied, as Tython’s continents were marked by plains, hills, mountains, and even canyons, and for much of the planet’s history, Tython was a particularly verdant world. Tython was orbited by two moons: Ashla and Bogan, satellites that inspired the Je’daii Order’s philosophy of balance between the light and dark sides of the Force, and the Je’daii maintained sentry drones in orbits thirty thousand kilometers above Tython’s surface. Tython’s environment was remarkably sensitive to the Force; powerful disturbances in the Force, such the presence of an individual particularly strong in either the light or dark side of the Force, could cause immense Force storms and groundquakes that would ravage Tython’s surface. However, by the year 990 BBY, all hyperlanes to Tython had become unstable and forgotten, and the planet itself had been devastated—the planet was covered by a constant layer of storms, and its surface was the color of ash, with barren plains where immense forests had once stood.

Tython was home to a large number of species of creatures whose shapes and forms were as varied as the planet’s surface, such as screech lizards and acid spiders. Tython’s hook hawks were birds that possessed hooked beaks and sharp talons, and hunted their prey by hypnotizing them with song and then attacking. Silik lizards were rare but deadly silicon-based creatures that absorbed energy from sand itself. Six-limbed and the size of a Human adult, silik lizards featured a large number of spikes on their bodies and were known to charge opponents on their hind legs. The Rift was home to many strange and deadly creatures, many of which were unnamed and unknown. The saarl was a massive, purple-colored worm creature with a tooth-filled maw that opened like a three-petaled flower. Flame tygahs were eight-limbed reptilian creatures twice the size of a Human that were native to Tython’s Strafe Plains; a flame tygah’s claws and tail dripped fire and its mouth blazed with heat. Blood spites were bat-like creatures that fed on warm blood and inhabited the Red Desert, though their existence was widely considered to be only a rumor by the Je’daii. Ak trees were common in Tython’s forests during the time of the Je’daii.

Tython’s Moon Channel was home to the tentacled gelfish as well as enormous sea serpents. The hoofed quadrupeds known as Guids were native to the region around Kaleth, the Je’daii Temple of Knowledge, and while they were not ordinarily aggressive, guids could attack their opponents with their powerful jaws and massive forelegs. Like the guid, the mammalian uxibeasts were also found in small groups on other worlds despite the fact that they were believed to have originated on Tython. Uxibeasts were ill-tempered herbivores that traveled in herds and were deceptively aggressive. The four-legged horranth were reptilian predators that hunted in large family groups and had enormous birth rates—their population was typically only constrained by a limited food supply. Manka cats, feline predators from Alderaan, eventually found their way to Tython and thrived in the planet’s vibrant ecosystem. 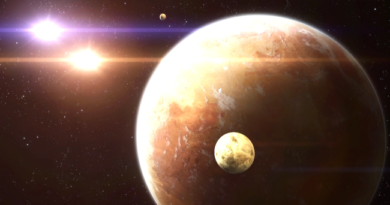 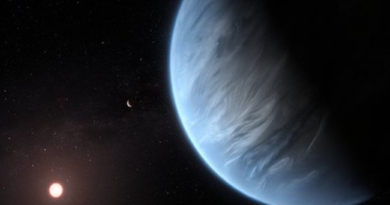 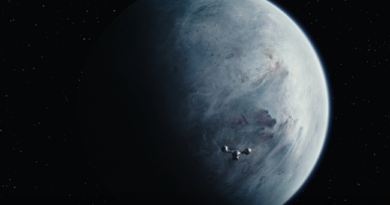