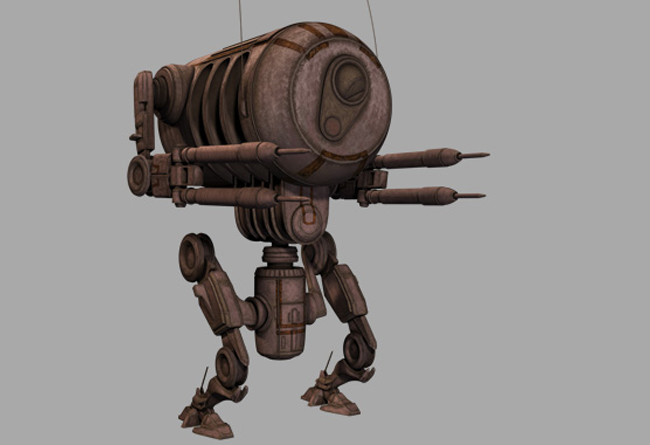 Background: The LR-57 combat droid, also known as the Retail Caucus droid, retail droid, or mine droid, was a model of battle droid used by the Confederacy of Independent Systems during the Clone Wars. Primarily used as sentinels, these droids were bipedal and possessed two upper limbs terminating in two blaster cannons, four in all. They could be left dormant for long periods of time while their sensitive dorsal antennae searched for specific types of signals, activity, or other disturbances, enabling the droids to be used as autonomous mines. 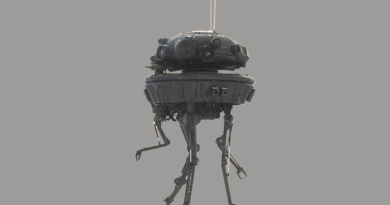 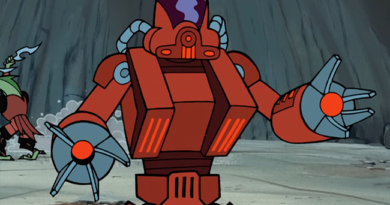 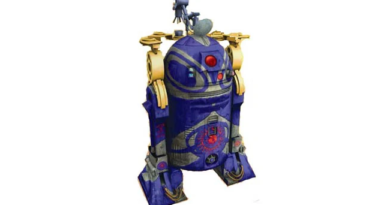