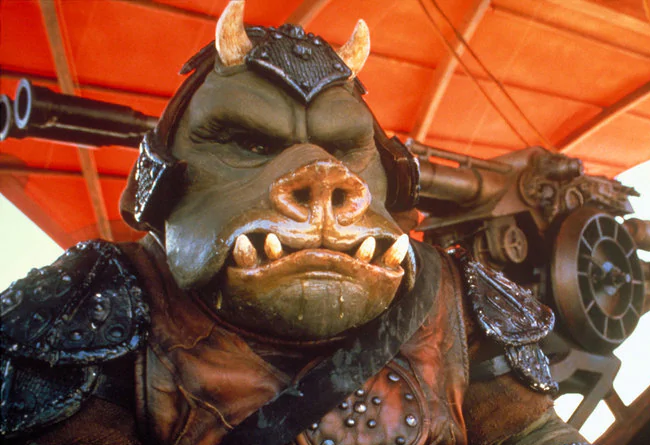 Special Abilities:
Voice Box: Due to their unusual voice apparatus, Gamorreans are unable to pronounce Basic, although they can understand it perfectly well.

Stamina: Gamorreans have great stamina – whenever asked to make a stamina check, if they fail the first check, they may immediately make a second check to succeed.

Skill Bonus: At the time the character is created only, the character gets 2D for every 1D placed in the melee weapons, brawling and thrown weapons skills.

Story Factors:
Droid Hate: Most Gamorreans hate droids and other mechanical beings. During each scene in which a Gamorrean player character needlessly demolishes a droid (provided the gamemaster and other players consider the scene amusing), the character should receive an extra Character Point.

Reputation: Gamorreans are widely regarded as primitive, brutal and mindless. Gamorreans who attempt to show intelligent thought and manners will often be disregarded and ridiculed by fellow Gamorreans.

Slavery: Most Gamorreans who left Gamorr did so by being sold into slavery by their clans.

Background: Gamorreans were a sentient species of green-skinned pig-like humanoids that hailed from the Outer Rim planet of Gamorr. They grouped themselves in clans, each of which was led by a warlord and a Clan Matron. A number of Gamorrean guards were employed by the crime lord Jabba the Hutt throughout his career.

A species of tall, strong bipeds, the Gamorreans had porcine traits, like an upturned, large-nostriled cartilaginous snout, jowls, and upturned tusks. Their hulking bodies were covered in green or rarely pink, thick and hairless skin. They had five digits on every extremity, each sporting a hard nail. The digits of their hands included an opposable thumb, which allowed the Gamorreans to easily grasp and handle objects. The species had two sexes: the males, referred to as boars, and the females, called sows.

Gamorreans had a clan-based society. Each clan was ruled by a female leader, the Clan Matron, and a male leader, the Warlord. Although the sows farmed and hunted while the boars waged wars, the Gamorrean society was in fact a matriarchy. Indeed, a Warlord held his position by way of marriage to a Matron rather than force, although Matrons did make their selections based on the boars’ combat skills. Gamorreans saw war as glorious, and violent clashes between clans were rife.

Because of their low intelligence, Gamorreans tended to be both stubborn and loyal; philosophically, they believed that any problem could be solved by hitting it with brute force. They had a language of their own that sounded like mere grunts and squeals to outsiders. Although they could understand other languages, such as Galactic Basic, they found most of them too difficult to pronounce.

Technologically speaking, the Gamorreans were primitive, and they favored melee weapons like vibro-axes and vibro-lances over blasters. They never discovered space travel on their own. Moreover, Gamorrean boars failed to maintain personal hygiene, rarely changing their clothes or wiping the streaming mucus from under their snouts. Gamorreans chopped down areas of their natural forest habitat to make room for farming. 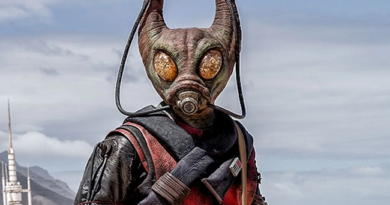 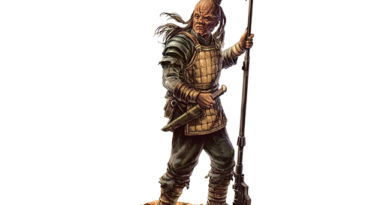 SWRPGGM @swrpggm
6 hours ago
The Bad Batch Reunion is out on @disneyplus! The Bad Batch Source Guide is up to date with all new stats for this week's episode. #TheBadBatch #starwarsthebadbatch #SWRPG #D6