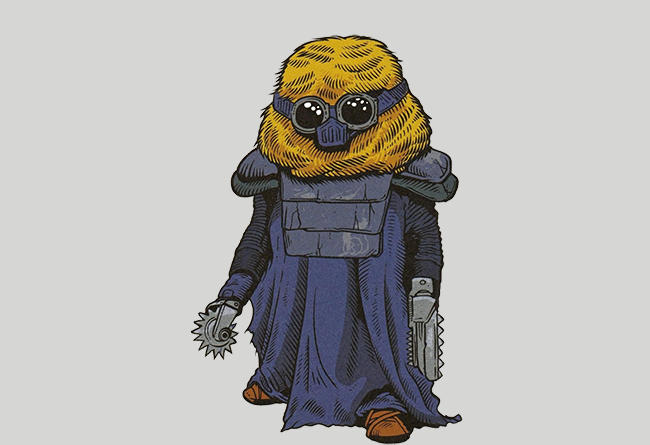 Special Abilities:
Atmospheric Dependence: Frigosians require the use of breathing apparatuses to survive in atmospheric conditions different than that of Tansyl 5, including Type I environments. Each round that a Frigosian breathes foreign atmosphere without the aid of a breathing apparatus, he must make a Moderate stamina check. If the Frigosian fails that check, he begins to suffocate. (If this happens, then no further stamina checks are required.) Roll the character’s Strength at the beginning of each subsequent round; if the total is less than the number of rounds since the character failed the check, the character dies.

Cybernetic Hands/Tools: Although the explanation for why their forelimbs are cybernetic is unclear, Frigosians typically possess cybernetic clamps for hands, or wrist-mounts upon that allow them to switch out their clamps for tools. In game terms, at character creation, the player may select one manually-dependent Technical skill — such as first aid, security or a type of repair — or three related Tech specializations, and upon GM approval, the Frigosian character may add a +1D bonus to the selected skill or specializations when using that tool attachment. The effectiveness of the tools-attachments themselves may be improved, to a maximum of +1D+2 bonus, per existing equipment modification rules. If no specific skills or additional tool attachments are chosen, the default bonus granted by basic Frigosian hand-clamps is +1D toward Strength-based tasks that require the use of their hands.

Language Limitation: Whether due to their physiology or only to cultural preference, Frigosians either cannot or simply do not speak Basic. They communicate exclusively in their own language — a chittering, warbling one comprised of shrill chirps and squawks. Frigosians are capable of understanding Basic perfectly well however.

Light Sensitivity: As a nocturnal species, Frigosians are most comfortable in darker conditions, and during the hours after suns have set — typically wearing heavy goggles to protect their sensitive eyes from the light. In game terms, Frigosians can see in low-light conditions (short of absolute darkness) without penalty. However, Frigosians suffer a -1D penalty to all visually-based tasks when in bright conditions without protective eyewear. In addition, without protection their sensitive eyes can suffer lasting damage. For every round that a Frigosian’s eyes are subjected to harsh lightning without protective eyewear, he must make an Easy Strength check. Failed checks indicate that the Frigosian suffers ocular damage, with results/effects determined as per standard combat/injury rules.

Massive Maw: Frigosians have a surprisingly large mouth concealed beneath their fur — a mouth that is filled with rows of sharp teeth. (So startling was this fact to fugitive thief Ryn Biggleston, that she thought she might be swallowed whole by one of the Frigosian cryptosurgeons she encountered at Maz Kanata’s castle). In game terms, Frigosians gain a +1D bonus toward the success of their bite attacks and +2D bonus to damage. In addition, if an opponent is not familiar with this aspect of Frigosian physiology — then the Frigosian also gains a +1D bonus toward determining surprise for bite attack ambushes.

Background: Frigosians were a small, clever species with dome-shaped heads and are covered in yellow fur. They had large mouths with sharp teeth and their eyes are so sensitive that they had to wear protective goggles on certain planets. The atmosphere on certain planets was so different from that of Tansyl 5 that Frigosians had to wear breathing apparatuses to survive.

Frigosians found in the galaxy include Thromba and Laparo, cryptosurgeons who worked on Takodana offering cosmetic procedures to patrons of Maz’s castle, and were very popular with spacers and smugglers who needed to disappear. 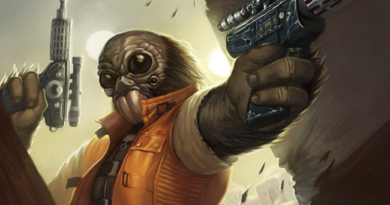 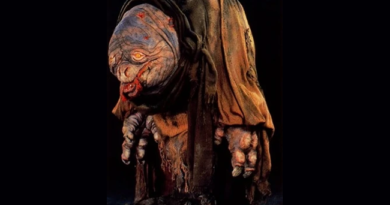 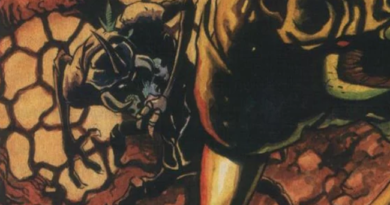