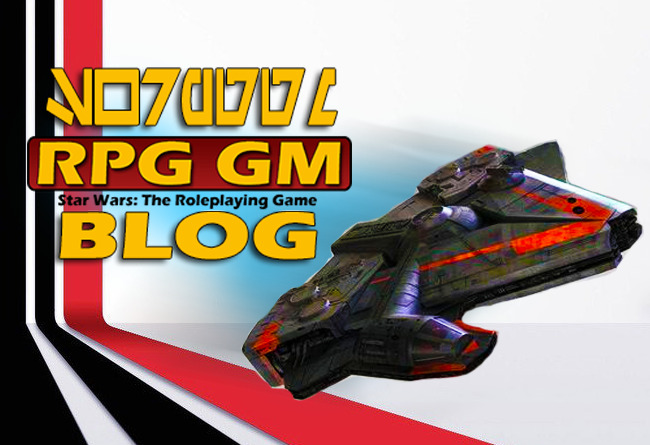 I had a message on Twitter last week from a fan asking how I go about designing the various stats for the Star Wars ships in D6. That process can seem difficult if it is the first time you are taking on building starship stats. Let’s first take a look at the basic Starship stats that are used in the game.

Quite often the craft is mentioned in official Star Wars sources. That might be on starwars.com, in a novel, or comic, or through one of the many Star Wars related reference books and sources. For example we discovered that Din Dajarin’s Razor Crest was a ST-70 Assault Ship in a tweet from Atomic Mass Games. It can take quite awhile before some of that data reaches the fanbase so it isn’t uncommon to adopt a temporary name until the official source is revealed. As a Game Master you have to be creative and designing starship stats applies to that as well.

In Star Wars there are three major categories of ships, Starfighter, Space Transport, and Capital Ship. There are loads of subcategories that fall under these, everything from Scout Ship, Shuttle or Gunship to Frigate and Dreadnaught. Most Star Wars ships have a single propose and if it has more than one purpose then it gets Multipurpose attached to it.

The ship’s scale is either starfighter or capital. Typically the size of the ship is what matters here. There are some smaller ships that are capital based on the weapons and energy output.

How long the ship is in meters.

The skill used to operate the ship, followed by the specialization for its use. If a player lacks the skills needed you can use your best judgement on the difficulty level and learning curve. Keep in mind that Luke had experience in a Incom T-16 but not an Incom X-wing in A New Hope. Both vehicles had similar components and Luke was able to figure it out quickly. Most ships operate on the same basic principals in the three major categories. Someone trained in a starfighter should be able to fly any other type of starfighter but might not be able to just jump into a space transport or capital ship with the same ease.

The first listing is the total crew for the ship under normal conditions. (A listing for “can combine” is the number of people who can combine to perform an action. Each ship has one prime person responsible for keeping control, running sensors, calculating hyperspace jumps and the like. On smaller ships, one person may be
responsible for all of these duties, while on larger ships, one person may be in charge of each of these functions. While there might be hundreds of support crew manning the machinery, whether the action succeeds comes down to one character’s skill roll — hence the crew skill listing. The “can combine” is the number of extra crew members who may be able to assist, such as when Chewbacca acts as co-pilot for the Millennium Falcon. Use the “Combined Action” rules in the chapter on “The Rules.” in the Star Wars The Roleplaying Game Rulebook)

The second number is the number of gunners; gunners are listed in addition to the normal crew complement.

The final number is the ”skeleton crew” listing: the first part of the listing is the absolute minimum number of crewmembers necessary to fly the ship, while the number behind the slash is the increase in difficulty for any actions with a skeleton crew. For example, if a listing is “skeleton: 130/+10,” that indicates that there must be a minimum of 130 crew aboard to operate the vessel, and all crew must add +10 to the difficulty number for all maneuvering, movement and shielding actions. This modifier does not apply to gunnery difficulties.

Typical skill codes for crewmembers trained for that job: starfighter pilots will have all the skills; capital ship crewmen will have just the skill for the job that they have been trained in. Copilots and assistants typically have −1D to each skill code.

The number of passengers and troops that may be carried (beyond the crew complement).

This indicates — either in metric tons or kilograms —the amount of cargo a ship can carry. This refers to the cargo’s mass only, not volume.

A measure of the ship’s air, food, water and fuel and how long it can travel before having to stop for refueling and resupply. This may or may not factor into your gameplay. Typically when a ship docked the crew pay a docking fee which includes restocking and refueling. Any repairs are extra.

This measures how quickly the ship travels in hyperspace.

Some ships have a backup hyperdrive for emergencies. This is the backup’s hyperdrive multiplier. These are not designed for prolonged use and usually are only used to get the ship to a starport for repairs.

How fast the ship travels at sublight speeds in space. This speed is used in ship-to-ship combat. This stat connects with the atmosphere speed. Click to see the Speed Chart below for ranges.

This is how tough the hull of the ship is and how well the ship can withstand damage in combat.

The different sensor types and their abilities. Click the sensors chart for more details.

Sensor Sweeps: These sensors are active and emit pulses of energy and examine the reflected or “bounced” energy (radar. for example). Extremely effective at short and medium range, less so at long range. Because the sensor is giving off controlled bursts of energy, the sensing vessel is relatively easy to spot by other sensors. There are three prime modes of sensor sweep: scan, search and focus.

Scan (10-100): Look at everything around the entire vessel. These sensors search the entire area around the vessel, but cannot provide the range or detailed information of sensors in search mode.

Search (20-200): Only look for a specific type of target, such as a ship or a particular radio frequency. The operator must specify what to search for. Search modes function in one direction, for example, to the front, left, right or back (sensor modes “warp” so while scanning “left,” the sensor also searches to the top and bottom of the left portion of the ship). When several ships fly in formation, pilots often “search” their sensors on overlapping areas. For example, the lead pilot may focus his sensors directly ahead, while other pilots in his wing focus to each side and behind.

Focus (1-15): Concentrate the sensors on a particular area selected by the pilot. This makes for much better information about the area on which sensors are focused, but provides little or no information about other areas. This mode is often used once something “unusual” has been detected by more general sensors sweeps. Stock Focus sensor systems max out at 6, more sensitive systems must be custom built.

The number and type of weapon on the ship. Fire-linked means the weapons are linked and fire as one group. Otherwise, each weapon may be fired separately. The scale of the ship (starfighter or capital) will part a large part in the weapon system listed. Weapon systems usually come in three sizes, Light, Medium, or Heavy. The size of the weapon system will require the ship to carry the internal components to operate it. A starfighter would need a large enough powerplant to carry heavy weapons for example.

Front, left, right, back or turret. Turret weapons may fire in all four arcs.

The crew necessary to man the weapon. If there is no crew listing, the weapon may be fired by the pilot. The variable numbers are treated the same as ship’s crew.

The scale, if different than the ship’s scale.

The skill used to fire the weapon.

Add these dice whenever the gunner shoots to hit.
Space Range

This is the weapon’s damage.

That is generally it when it comes to designing a starship for Star Wars The Roleplaying Game. Everything can of course be modified the players have the skill or locate someone with the skill enough to engineer it for them. This will cost a lot of credits of course and make sure the characters feel the burden of making those modifications. If they customize their ship beyond the ship specifications you can expect it to create issues down the line when components don’t want to work all the time.

Until next time … MTFBWY! 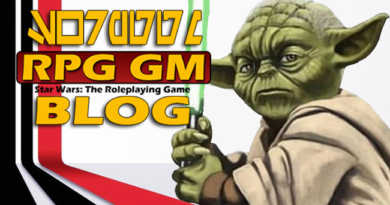 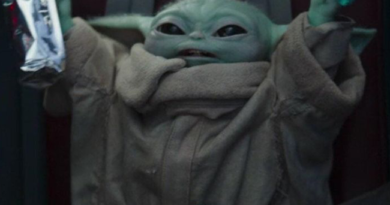 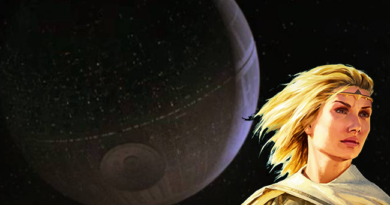