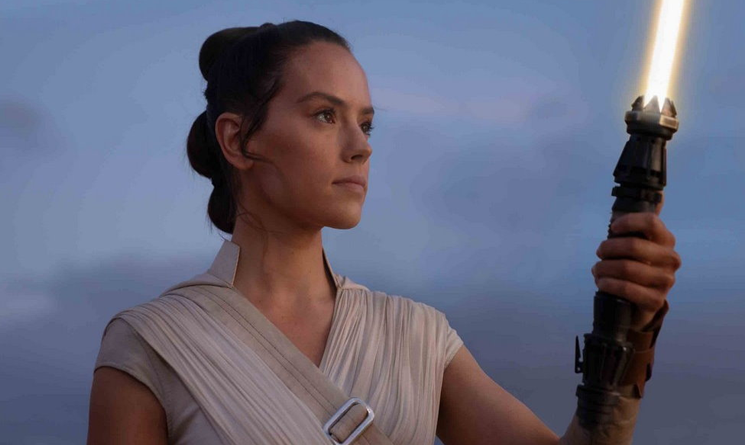 Background: Rey Skywalker, once known only as Rey, was a human female Jedi Master who fought on the side of the Resistance in the war against the First Order. A former scavenger from the planet Jakku, her life was changed by the tumultuous events of the last days of the New Republic Era. Her decision to help the droid BB-8 would set Rey on a course to discovering the Force that awakened within her, leading her to seek out Jedi Master Luke Skywalker for training. Yet despite her commitment to the Jedi Order and the light side of the Force, Rey felt the pull to the dark side due to her anger and the adversarial relationship she had with Ben Solo, a fallen Jedi whom she knew as the dark warrior Kylo Ren. The unique Force-bond between them was a result of their nature as a dyad in the Force.

Rey was born in 15 ABY during the rise of the New Republic. Her father was a bioengineered Strand-Cast cloned from the genetic template of Darth Sidious, the Sith Lord who ruled the Galactic Empire as Emperor Palpatine. The clone and Rey’s mother chose to live as simple junk traders in order to hide their daughter, who inherited Sidious’ connection to the Force, from his followers. After the deaths of her parents, Rey was forced to survive on her own in the Jakku desert, and became a skilled mechanic, pilot and combatant in the process. Her isolated life was disrupted shortly before war broke out across the galaxy in 34 ABY. Determined to help the Resistance, Rey gained several new allies including Finn, a renegade stormtrooper, as well as the veterans Han Solo and Chewbacca. In the course of their journey, she discovered her latent Force powers and sought guidance under Skywalker, who taught her the art of the Force despite his decision to end the Jedi legacy. After Skywalker sacrificed himself to save the Resistance, Rey assumed his mantle as the last Jedi and became the apprentice of General Leia Organa.

With the return of Darth Sidious in 35 ABY, Rey set out to find the dark world of Exegol and prevent the Sith from being reborn. It was through Kylo Ren that Rey discovered her origins as the Dark Lord’s granddaughter, and upon confronting Sidious in person, she was nearly swayed to the dark side of the Force. However, Rey was saved by Ben Solo after he renounced his dark alter ego. Aided by the spirits of all the Jedi, Rey died vanquishing her grandfather, causing Solo to make the ultimate sacrifice in order to bring Rey back to life. The two embraced and shared a kiss as Solo peacefully vanished in Rey’s arms. Although Solo was the last of the Skywalker bloodline, Rey assumed the name “Skywalker” to honor their memory, repudiating her own heritage as a Palpatine.