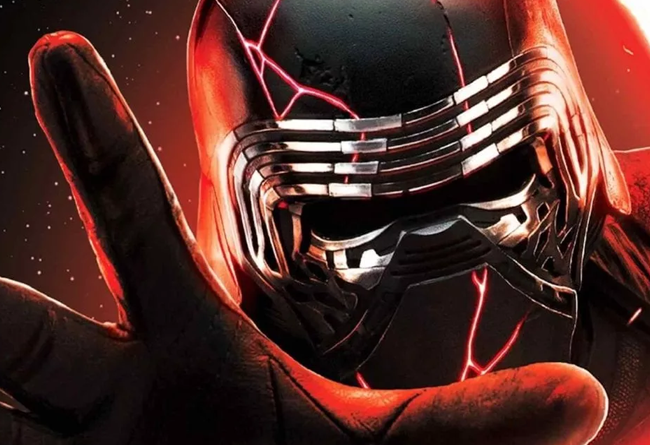 Background: Ben Solo was a Force-sensitive human male who, after falling to the dark side of the Force, eventually renounced his adopted persona of Kylo Ren and was redeemed. At the height of his power, Ren reigned over the galaxy as Supreme Leader of the First Order and commanded the loyalty of the Knights of Ren as the master of their order. The Force was strong with Ren; in addition to his Jedi training and knowledge of arcane dark side lore, the bloodline of the most powerful Jedi and Sith flowed through his veins. While his immersion in both sides’ teachings and the desperation to escape his past transformed Ren into the embodiment of conflict, it was through discord that he derived power, using his emotions to channel anger into strength. Ultimately, Ren was determined to extinguish the light side within himself and destroy the last remnants of the Jedi Order, fulfilling the legacy of his grandfather, the Sith Lord Darth Vader.

A dark warrior with a mysterious past, the man who became known as the “Jedi Killer” was born on the planet Chandrila in 5 ABY, when the New Republic defeated the Galactic Empire. The son of General Han Solo and Princess Leia Organa, Solo learned the ways of the Force from his uncle, Jedi Master Luke Skywalker. After the destruction of the new generation of Jedi, Solo renounced his family and assumed the identity of Kylo Ren, becoming a First Order warlord and the apprentice of Supreme Leader Snoke. During his descent into darkness, Ren ordered the massacre of civilians and murdered of his own father, but the act of patricide failed to end his inner turmoil. Believing he was destined to rule the galaxy, Ren assassinated Snoke and usurped the position of Supreme Leader, seizing both military and political control of the First Order.

Though sworn enemies, Ren and the Jedi apprentice Rey formed a prophesied dyad in the Force, and therefore bound together through a unique bond. Their conflict came to a head in 35 ABY with the return of the Sith Lord Darth Sidious, who urged Ren to destroy Rey and become the new Emperor. His compassion for the former scavenger, however, as well as the death of his mother and the memory of his father, killed the persona of Kylo Ren and restored his identity as Ben Solo. After the battle on Exegol, Solo sacrificed himself to revive Rey, and the two shared a kiss before he died, ending the Skywalker bloodline.