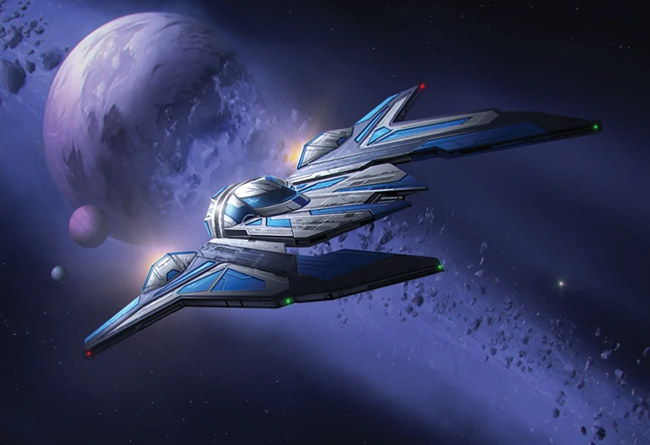 Background: The Kom’rk-class fighter/transport, also known as the Gauntlet starfighter, was a type of starfighter and troop transport used by the Mandalorian splinter faction known as Death Watch during the Clone Wars. The fighters were utilized as part of a move by Death Watch leader Pre Vizsla to end Satine Kryze’s pacifist rule of Mandalore and restore the Mandalorians to their former warrior past. These ships were later used by Maul’s Shadow Collective army during battles on Zanbar, Ord Mantell, and Vizsla Keep 09. During each of these battles, Maul utilized a gauntlet fighter called the Nightbrother, colored red and black rather than the normal white and blue color scheme, as a transport and a Shadow Collective flagship. During the reign of the Galactic Empire, a gauntlet fighter known as the Splendour was owned by the Besalisk criminal Galus Vez, who used it to race opponents on his private racing track, the Fool’s Run. 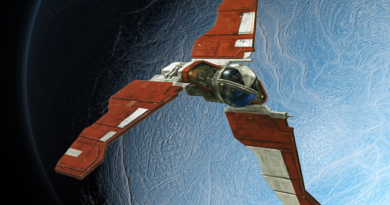 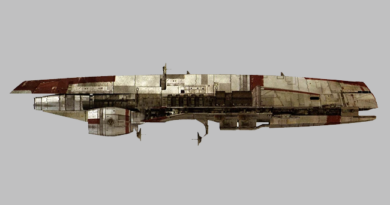 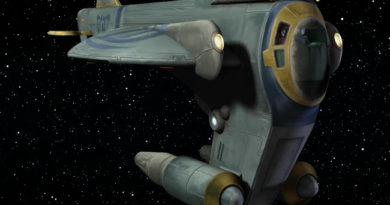