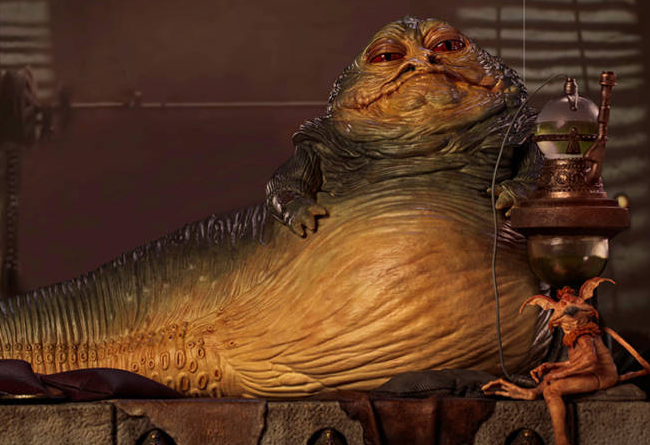 Background: Jabba Desilijic Tiure, more commonly referred to as Jabba the Hutt or simply Jabba, and formally styled as His Excellency Jabba Desilijic Tiure of Nal Hutta, Eminence of Tatooine, was a Hutt gangster and crime lord, as well as a member of the Grand Hutt Council, who operated and led a criminal empire from his palace on the Outer Rim world of Tatooine. Jabba was a major figure on Tatooine, where he controlled the bulk of the piracy, slavery, and trafficking in illegal goods that generated most of the planet’s wealth. He was also highly influential in the entire Outer Rim as one of its most powerful crime lords.

During the Clone Wars, Jabba’s influence and power over the Outer Rim, specifically its hyperlanes, was sought by both the Galactic Republic and the Confederacy of Independent Systems, who both courted Jabba’s approval. When Rotta, Jabba’s son, was kidnapped, the crime lord promised his support to whoever returned his son. When the Separatists were revealed to have orchestrated Rotta’s kidnapping, Jabba pledged his support to the Republic.

Jabba continued to operate in the Outer Rim after the end of the Clone Wars and the rise of the Galactic Empire, preserving his power base, despite the interference of Darth Sidious, the Galactic Emperor. After the destruction of the Death Star by the Rebel Alliance, the Emperor sent Darth Vader to negotiate a deal with Jabba to secure raw materials for Imperial military production. Jabba’s alliance with the Empire allowed him and the Hutts to survive the Imperial crackdown against criminal elements in the Outer Rim, as well as rid the Hutt of his competitors.

After the smuggler Han Solo failed to repay him for lost cargo, Jabba placed a high price on his head. Solo was eventually delivered to him by one of his bounty hunters, Boba Fett, as a gift from Darth Vader. However, this capture brought him to the attention of Jedi Knight Luke Skywalker, who sought to rescue his friend from Jabba’s imprisonment. As he attempted to execute the Jedi and his allies in the Great Pit of Carkoon, Jabba was choked to death by Leia Organa. With the Hutts unable to decide who would inherit Jabba’s criminal ventures, many of his slaves, including the Niktos, were free, and his palace was abandoned after the droid pool was deactivated.

A Hutt crime lord, Jabba Desilijic Tiure was legendary for his vicious temper, endless greed, gruesome appetite and fondness for violent entertainment. Leader of one of the most famous cartels in the galaxy, Jabba technically controlled Tatooine’s underworld.

Jabba didn’t tolerate liars. When Lando Calrissian was brought before him by the Harlok Gang by saying that he had arranged a deal with Jabba for tibanna gas, Jabba made him know that he perfectly knew that no such deal had ever taken place, leading the Hutt to threaten Calrissian to feed him to his rancor for daring to obtain an audience with him under false pretenses.

Despite his ruthless reputation and cruel personality, Jabba nevertheless had a lighter side: he loved his son Rotta very much and became furious when he was kidnapped by the Separatists, willing to punish those responsible with death. 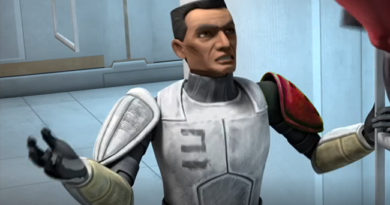 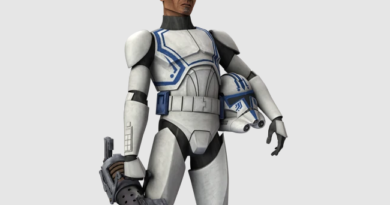 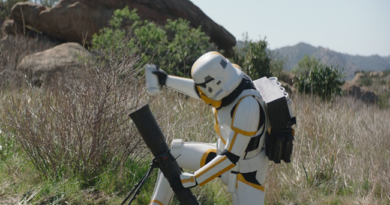