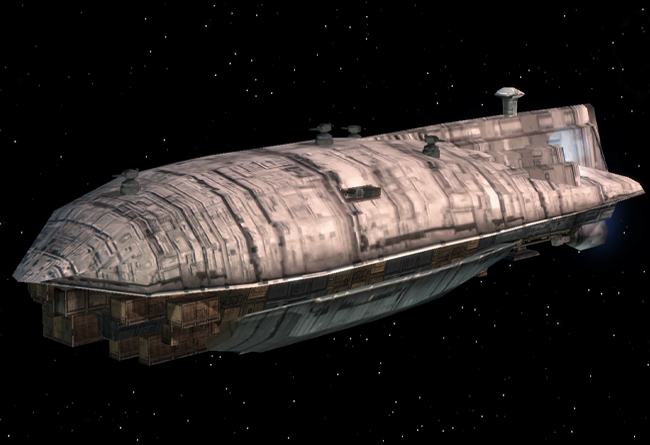 Background: Sometimes referred to as Gallofree transports, were dedicated transports built by Gallofree Yards, Inc. at a length of ninety meters. Equipped with a class 4 hyperdrive and a class 15 backup they were able to reach speeds of 650 KPH. The defenses of a GR-75 transport consisted of both deflector shields, but the GR-75 Combat Retrofit program subsidized by Gallofree Yards meant four twin laser cannons could be added. Unlike the more protective dorsal armor, the cargo pods and their containment fields offered little protection for the transport’s internal systems.

GR-75 transports had a clamshell-like durasteel hull consisting of a central spar and keel. They could carry up to 19, 000 metric tons, 1,000 more as encumbrance, of cargo pods which are held in place by heavy magnetic shields. Other than cargo, livestock and passenger could also be carried in ray shielded pods. The transport was controlled from a small bridge situated towards the rear of the craft, and it had seven sublight engines at its rear. The average crew of a GR-75 transport consisted of a pilot and co-pilot, an engineer, a cargo master and three more crew members.

GR-75 transports were used for both military and commercial purposes and were common among bulk freighters in space lanes. Military or paramilitary organizations occasionally used them for evacuation or underway replenishment purposes. 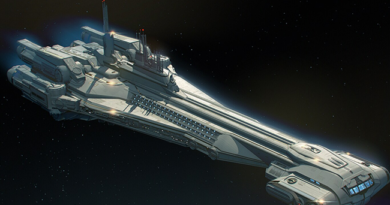 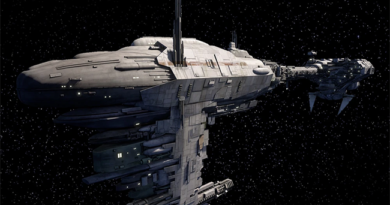 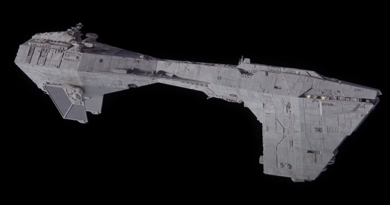