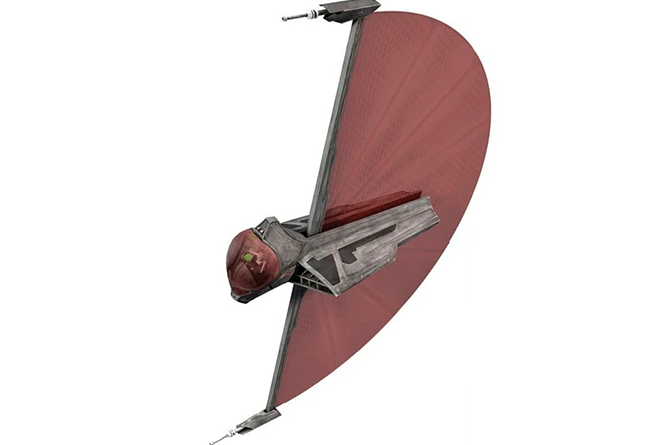 Background: The Ginivex-class fanblade starfighter, also referred to as the Geonosian fanblade starfighter or simply the fanblade fighter, was a model of starfighter manufactured by Huppla Pasa Tisc Shipwrights Collective. It was flown by Sith apprentice and Separatist commander Asajj Ventress during the Clone Wars. The ship was equipped with a solar sail, which granted it greater speed and shielding at the cost of allowing other ships’ sensors to more easily detect the fighter.

Only six fanblade fighters were made for Ventress, one of which she flew in the Battle of Sullust during the Clone Wars against the Galactic Republic. After destroying the Star Destroyer Resolute with her craft, Ventress engaged the Jedi Obi-Wan Kenobi and Anakin Skywalker, although she was forced to crash in the Separatist command ship’s hangar. Despite her master, Count Dooku, turning on Ventress and ordering her remaining forces to destroy the flagship, Ventress managed to escape aboard her damaged fanblade fighter before the cruiser’s complete destruction.

Manufactured by the Geonosian-run Huppla Pasa Tisc Shipwrights Collective and constructed on the Outer Rim planet Geonosis, the Ginivex-class fanblade starfighter was 13.05 meters in length and was capable of reaching 1,250 kilometers per hour. It was equipped with life support systems, airscoop thrusters, a class 1 hyperdrive, and a deflector shield generator. The fanblade fighter’s fuselage was gray in color with the cockpit situated at the front and encased in a clear glass dome. Within the cockpit was a single seat for the pilot as well as a number of screens used to display information on enemy starships. The fighter was flown with the use of a yoke, in the center of which was a targeting computer. The yoke was also capable of displaying holographic transmissions, which were colored red.

A rare and expensive ship, the fanblade fighter was incredibly fast thanks to its large solar sail and, when flown by a Force-user, could perform turns and flips which showcased the joint capability of both the craft and its pilot. The sail was vertically-aligned, appearing as a translucent red semicircle and connected to a retractable boom which could be folded inward for when the craft was in flight or landing. When deployed, the solar sail would better spread the ship’s deflector shield pattern, thereby strengthening its shielding, although the resulting energy output allowed the starfighter to be detected more easily by other ships’ sensors. The fanblade fighter was also equipped with a backup sail, which could be deployed in place of the primary one. At each tip of the solar sail was a laser cannon, which would rotate to face forward when the sail was retracted. 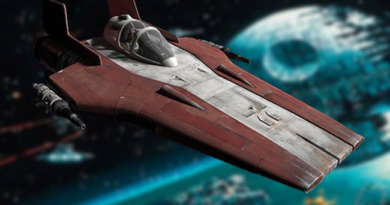 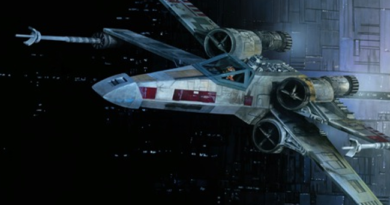 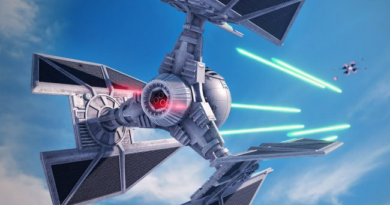