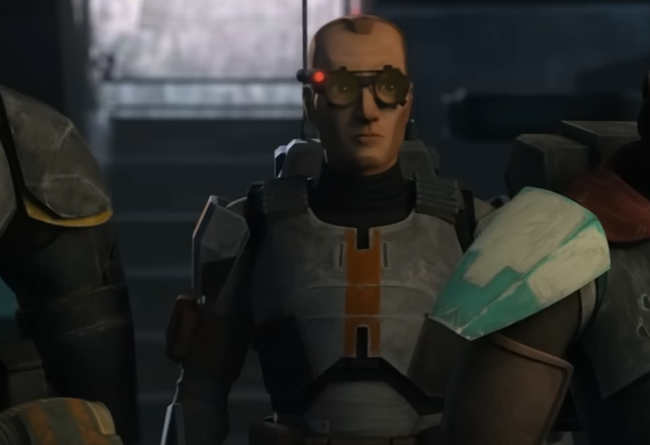 Special Abilities:
Military Training: All Clones go through intensive military training throughout their formative years.
Questionable Obedience: Clone Force 99 operate outside the normal chains of command and will question the orders of their superiors.
Superior Intellect: Tech has a genetic mutation that granted him high intelligence and mastery of technology. Tech gets a 1D bonus when analyzing mission plans or when modifying technology.

Background: “Tech” was the nickname of a clone commando who served in the Grand Army of the Republic during the Clone Wars as a member of Clone Force 99. Due to his genetic mutations, he appeared leaner, fairer, and younger than his fellow clone troopers.

Tech served as the brains of his squad and was a valued asset in this regard, using his high intellect and mastery of technology to ensure their operations were successful. Even so, he was no less skilled in combat than the other three members.