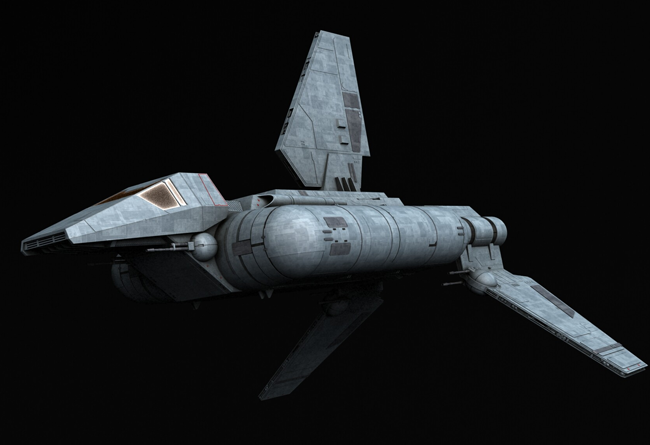 Game Notes:
Modular Cargo Module: The Sentinel-class landing craft can be fitted with a large cargo module, allowing it to transport larger payloads, including ground vehicles, While this module is attached.

Designed by Sienar Fleet Systems in the shape of its cousin, the Lambda-class T-4a shuttle, this larger, more spacious shuttle was primarily used to ferry a complement of 75 stormtroopers into battle—55 more troops than the Lambda-class. The ship featured three wings: one stationary center foil and two articulated flanking wings. The landing craft also had shielding strong enough to be able to withstand several hits from a Quasar Fire-class cruiser-carrier’s turrets. They could also be modified with special containers carrying vehicles. The shuttle also had two spotlights at the front of the craft. The shuttle had several entry points including a front ramp, a rear ramp, and doors to the side. The interior of the ship had a main passenger section and a cockpit. In the passenger/cargo area, there were benches and harnesses on each side with a ladder to the side of the front ramp leading directly to a hatch for cockpit access. The cockpit section had four seats. The shuttle could also feature a refresher on the opposite side of the ladder. 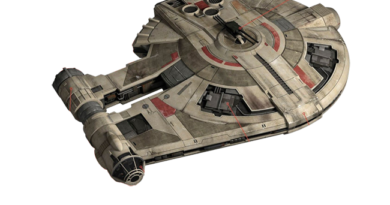 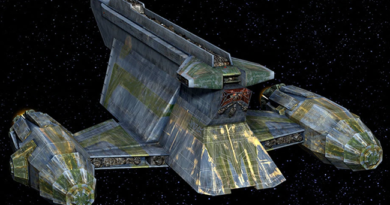 SWRPGGM @swrpggm
8 hours ago
The Bad Batch Reunion is out on @disneyplus! The Bad Batch Source Guide is up to date with all new stats for this week's episode. #TheBadBatch #starwarsthebadbatch #SWRPG #D6