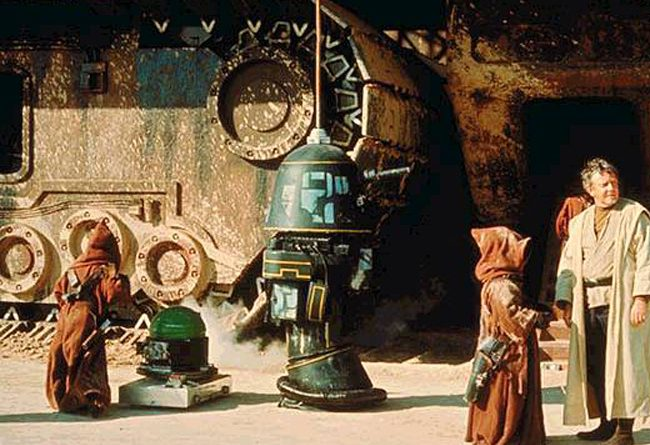 By the time of the Invasion of Naboo, the Toydarian junk dealer Watto owned an R1 astromech, which was behind the counter in his shop—situated in Mos Espa on the planet of Tatooine—when Jedi Master Qui-Gon Jinn, Padmé Amidala, and Gungan Jar Jar Binks entered the shop. Said unit worked as a shopkeeping drone, handling most of Watto’s daily business operations.

Over thirty years later, an R1 unit designated R1-G4 fell into the hands of a group of diminutive Jawa scavengers traveling in a sandcrawler on Tatooine. Those Jawas attempted to sell the astromech to the moisture farmer Owen Lars and his nephew Luke Skywalker. Lars, however, rejected the tall droid in favor of an R2 unit and a 3PO protocol droid—both of which were in fact Rebel Alliance droids trying to carry out a secret mission at the behest of Princess Leia Organa. Around the same time, two other R1 units were known to be present in the Tatooinian spaceport of Mos Eisley. 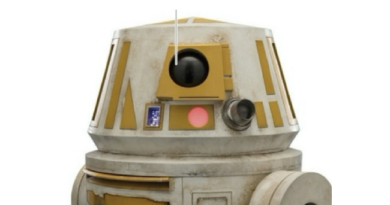 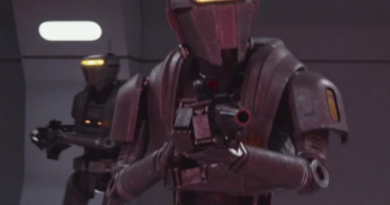 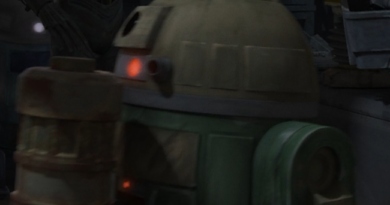