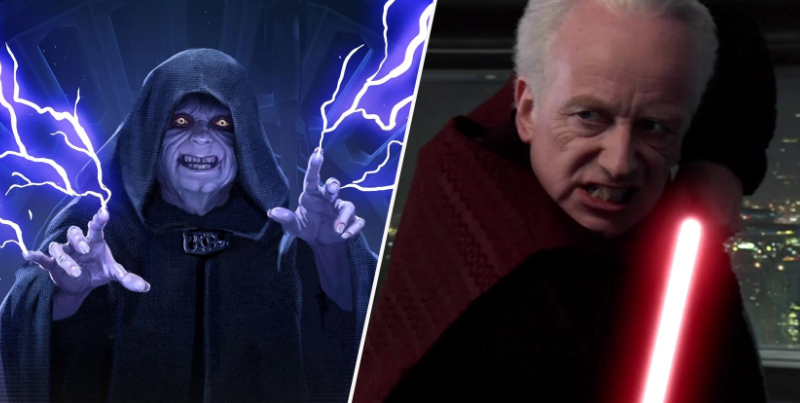 Background: Darth Sidious, born Sheev Palpatine and known simply as the Emperor, was a human male Dark Lord of the Sith who reigned over the galaxy as Galactic Emperor of the First Galactic Empire. Rising to power in the Galactic Senate as the senator of Naboo, the manipulative Sith Lord cultivated two identities, Sidious and Palpatine, using both to further his political career. He masterminded the Clone Wars in order to gain dictatorial powers during the final years of the Galactic Republic. After the fall of the Jedi Order, Sidious established a reign lasting from 19 BBY until his demise in 4 ABY. Death was not the end for Sidious, however, as the dark side of the Force was a pathway to abilities that made his return possible.

Born on the Mid Rim planet Naboo around 84 BBY during the Republic Era, Sidious possessed a strong connection to the Force, and was secretly trained in the ways of the Sith by Darth Plagueis. He eventually killed his Sith Master in order to train his own Sith apprentice, Darth Maul, for the Rule of Two limited their ranks to two Sith Lords at any given time. As a result of the Invasion of Naboo, a crisis orchestrated by Sidious, the Senate elected Palpatine as Supreme Chancellor. The Separatist Crisis and the Clone Wars were masterminded by Sidious and his new apprentice, Darth Tyranus, in an effort to achieve galactic dominance. Following an attempt to arrest the chancellor, the Great Jedi Purge commenced with Sidious enacting Order 66.

With the Jedi all but extinct, Sidious installed the New Order in the Republic’s place, declaring himself Galactic Emperor and bringing an end to a millennium of democracy. He had also taken another new apprentice, having lured the Jedi Knight Anakin Skywalker to the dark side and transforming him into Darth Vader. Their reign was virtually unchallenged for a generation until the formation of the Alliance to Restore the Republic. During the Galactic Civil War, the Emperor sought to replace Vader with his son, Luke Skywalker. However, Sidious’ plan backfired when Vader ultimately renounced the dark side and killed Sidious to protect Luke. Thus, with the Sith’s destruction, the Force was brought back into balance, fulfilling Anakin’s destiny as the prophesied Chosen One.

Through his master’s teachings, however, Sidious transferred his essence to an imperfect clone vessel that had been modeled on his original body. Anticipating the possibility of defeat, he created the Contingency to destroy the Galactic Empire and replace it with a new Sith Empire. His plans culminated in the destruction of the New Republic and the emergence of the First Order, the creation of Supreme Leader Snoke, who turned Ben Solo—heir to the Skywalker bloodline—to the dark side, and the establishment of the Final Order. When the Emperor announced his return to the galaxy in 35 ABY, the Resistance invaded the planet Exegol, Sidious’ hidden stronghold in the Unknown Regions. During the battle, he discovered a dyad in the Force in the form of the bond between Solo and Rey, a Jedi apprentice sired from the Emperor’s bloodline. His ambition of eternal rule was finally quashed when Rey called upon the strength of past Jedi to vanquish her grandfather by turning his own power against him, destroying Sidious and his Sith Eternal cultists.

SWRPGGM · 7 hours ago
@swrpggm
Hey @DisneyPlus why are you preventing me from using your service unless I provide detailed personal information that I have no desire to share with you. This makes me want to #unsubcribe
View on Twitter
0
0

SWRPGGM · 13 hours ago
@swrpggm
Episode titles for #TheBadBatch were released today with the trailer. https://t.co/5sLFypPdTj
View on Twitter