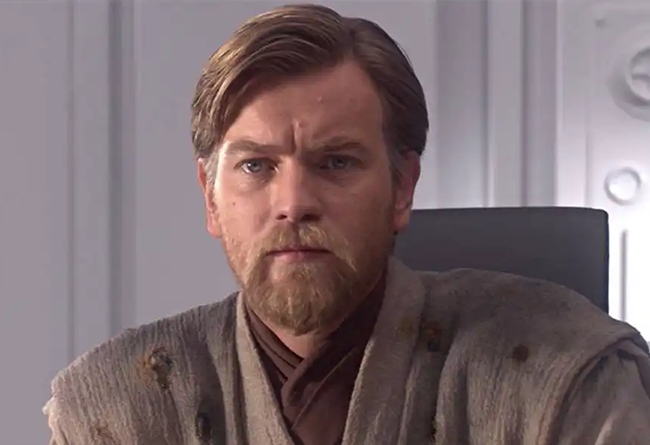 Background: Obi-Wan Kenobi was a legendary human male Jedi Master who served on the Jedi High Council during the last years of the Republic Era. During the Imperial Era, he adopted the alias Ben Kenobi in order to hide from the regime that drove the Jedi to near extinction. A noble man known for his skills with the Force, Kenobi trained Anakin Skywalker, served as a Jedi General in the Grand Army of the Republic, and became a mentor to Luke Skywalker prior to his death in 0 BBY.

Born on the planet Stewjon in 57 BBY, Kenobi joined the Jedi Order—an order of Force-sensitive peacekeepers—at a young age. Following his initial lessons under Grand Master Yoda, he became the Padawan of Jedi Master Qui-Gon Jinn. During the Invasion of Naboo in 32 BBY, Kenobi defeated the Sith Lord Darth Maul and was awarded the status of Jedi Knight. As a result of Jinn’s death, Kenobi took on the task of training Anakin Skywalker, but often had to rein in his adventure-seeking apprentice. Although he deemed Skywalker arrogant and overconfident in his Force powers, Kenobi also regarded him as a brother and good friend. Moreover, he was convinced that Skywalker was the Chosen One destined to bring the Force into balance by destroying the Sith.

In the aftermath of the First Battle of Geonosis in 22 BBY, Kenobi and his fellow Jedi defended the Galactic Republic from the Confederacy of Independent Systems, becoming generals in the Republic Military. As the commanding officer of the 7th Sky Corps, Kenobi’s second-in-command was Clone Marshal Commander CC-2224 “Cody,” although he also often served with Skywalker who commanded the elite 501st Legion. In 19 BBY, Kenobi destroyed General Grievous, effectively ending the Clone Wars. By then, however, Order 66 was activated by the Sith Lord Darth Sidious, which resulted in the clone troopers turning against their Jedi officers. Kenobi survived Cody’s betrayal, only to discover that Skywalker turned to the dark side of the Force as Darth Vader. A fateful battle ensued between the former friends, and ended with Kenobi leaving Vader to die on Mustafar. With the Jedi all but extinct, Kenobi exiled himself to Tatooine where he lived as a hermit for two decades.

During the Galactic Civil War, Princess Leia Organa of Alderaan was captured by the Galactic Empire while attempting to recruit Kenobi for the Alliance to Restore the Republic. Kenobi chose to answer the Alliance’s plea for help, and also began training Vader’s son, Luke Skywalker, who sought to become a Jedi like his father before him. Their time together was cut short, however, as Kenobi sacrificed himself to protect Skywalker. Vader struck down his former master, but ultimately death was not the end for Kenobi, having preserved his consciousness as a Force spirit. He would continue to watch over Skywalker, guiding him on his path to knighthood.

SWRPGGM @swrpggm
22 hours ago
Hondo Ohnaka, that wild and crazy Weequay pirate had a varity of vehicles and vessels to use to scam, barrow,, and steal across the Star Wars Universe. The WLO-5 Speeder Tank was one of the more intimidating vehicles he utilized. #StarWars #CloneWars
https://t.co/ILnrSfyaGB
View on Twitter

SWRPGGM @swrpggm
2 days ago
The site is fully up and running again!
View on Twitter
0
0

SWRPGGM @swrpggm
2 days ago
Looks like https://t.co/0L7M8BCGaN is back up but expect it to be slow while our server host completes emergency maintenance.
View on Twitter
0
0

SWRPGGM @swrpggm
2 days ago
Site server is undergoing maintenance this morning to fix an error that was slowing the site down. It should be back in about 4 hours.
View on Twitter
0
0

SWRPGGM @swrpggm
3 days ago
Looks like our site host is having a few issues today and causing some slowdowns on https://t.co/0L7M8BCGaN. hopefully it will resolve soon.
View on Twitter
0
0