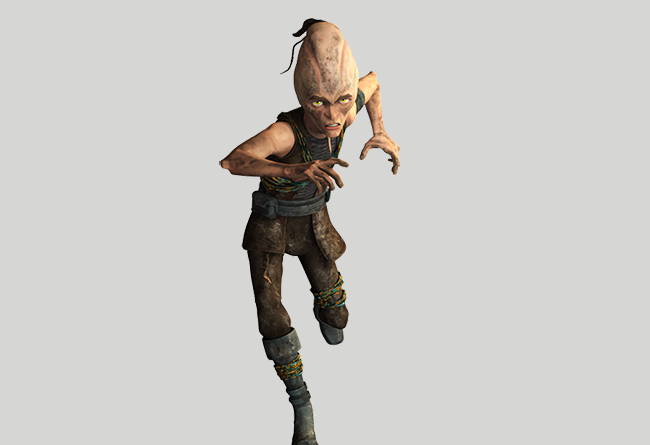 Special Abilities:
Initiative Bonus: Cereans gain a +1D bonus to all initiative rolls.
Dual Hearts: Cereans can function with only one of these hearts, but the demands placed on their circulatory system by their binary brains is no laughing matter. A Cerean reduced to functioning on only one heart must sleep 2/3 of given day to maintain his mental performance.

Background: O-Mer was a male Cerean Jedi Initiate of the Jedi Order who was captured by Trandoshan hunters, who brought him to the jungle moon Wasskah during the Clone Wars. There, he teamed up with fellow Jedi Kalifa and Jinx, evading their captors in the jungle covering Island Four. Around 21 BBY, Padawan Ahsoka Tano was brought to the moon, and persuaded them to fight openly rather than continue hiding. Following Kalifa’s death, the group—supported by a newly arrived Chewbacca—attacked the Trandoshans’ base of operations, overwhelming the defenders when Wookiee reinforcements arrived. 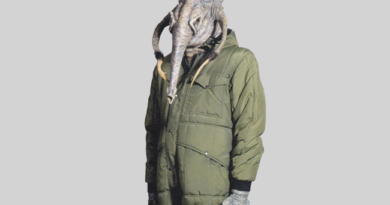 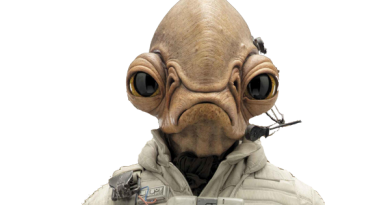 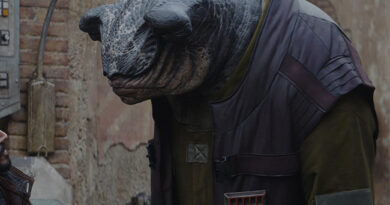