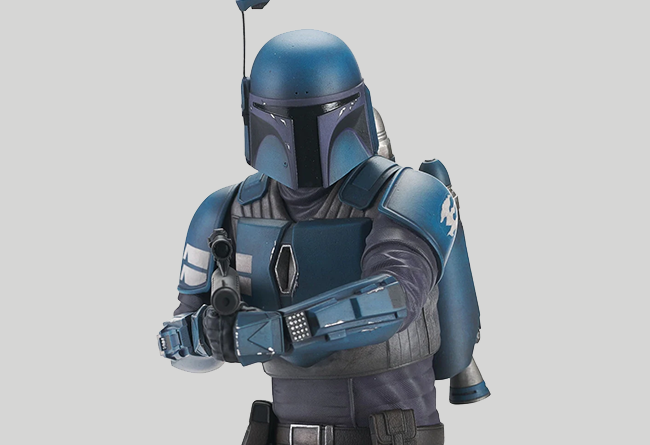 Combat Helmet: Integrated voice-activated comlink, external audio pickups, voice synthesizer, macrobinocular viewplate (Easy sensors difficulty at short range, increasing one level per range band. If successful, +3D modifer to Search-based skill checks to find something more than 100 meters away; 100-250/500/1,000), antenna tipped with a rangefinder that can be pulled over the viewplate to enhance imagery (requires one round of aiming, decrease the range difficulty for firing at medium and long range by one difficulty rank).

Personalized Upgrades: Armor is very personal to Mandalorians as is the Beskar that they forge it from, when created it reflects on the outside the warrior on the inside. Things as simple as color schemes, patterns, motifs, choosing of external equipment. Everything attached to the armor has some meaning to the owner.

Background: Referred to the traditional armor worn by the genetically superior human warrior clans of the planet Mandalore. Common traits included a pure Beskar helmet with a T-shaped visor that concealed their faces, and armaments like whipcord throwers, flamethrowers, and jetpacks. The Mandalorians’ bloody history made their armor an iconic symbol of fear.

Generally the armor was made from beskar, a highly durable metal which could repel blaster fire and lightsaber strikes while giving the user maximum protection, although variants made from durasteel and other lesser materials were frequently utilized due to those materials being more common. The helmets had an angled visor, which reflected Mandalorian style, and the unique armor became a symbol of fear across the galaxy as the Mandalorian warriors engaged in numerous wars. Due to the durability of the beskar metal, some armor sets were hundreds of years old, such as in the case of Sabine Wren’s armor.

Traditional Mandalorian armor consisted of a helmet, shoulder pauldrons, vambraces, breastplate, codpiece, knee-pads, and thigh and shin guards clasped over a body stocking. Mandalorian helmets often had a macrobinocular viewplate, tactical heads-up displays, a comlink, and an antenna tipped with a rangefinder that could be pulled over the viewplate to enhance imagery. Mandalorians also wore magnetized shoes. Sabine Wren programmed a holo-imager in her helmet’s rangefinder to take snapshots.

Mandalorian vambraces were computer-controlled tools bristling with weaponry, designed to combat the abilities of a Jedi. 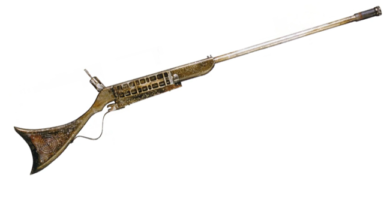 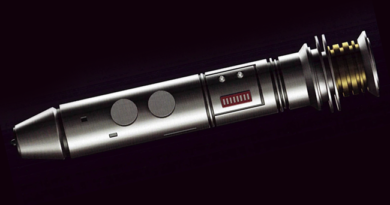 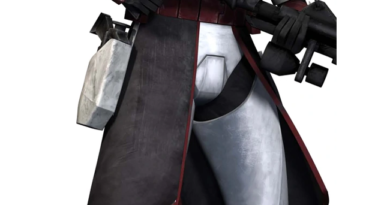