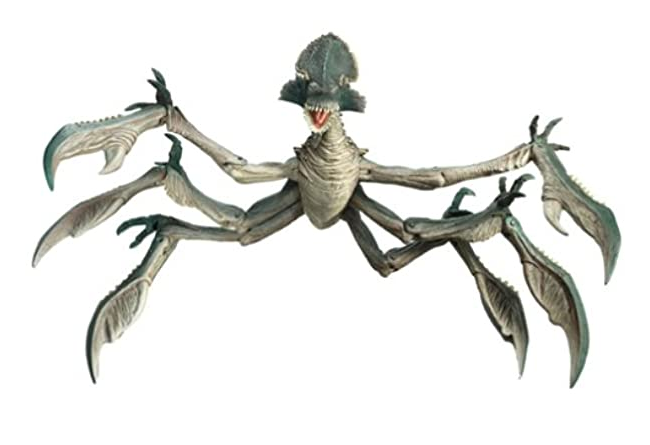 Special Abilities:
Armor: The natural armor of the acklay grants it a +2D bonus to Strength when resisting physical damage.

Exceptional Reflexes: Acklays gain a +1D bonus to all Perception rolls made to determine initiative.

Resistant to Radiation: Acklays gain a +1D bonus to Strength when resisting the effects of harmful radiation.

Background: Acklays were amphibious reptilian crustaceans with six deadly claws and razor-sharp teeth native to the planet Vendaxa. They were used as execution beasts by the Geonosians, and one attempted to kill Obi-Wan Kenobi, Anakin Skywalker, and Padmé Amidala in the Petranaki Arena prior to the outbreak of the Clone Wars.

The acklay was a non-sentient mix of crustacean and reptile with amphibious traits that allowed it to inhabit the water and land of its homeworld of Vendaxa. The gigantic creature was protected by a hard, shell-like carapace of bony nodules. They walked on six hardened, skin-covered claws, and had grappling hands. Its mouth was filled with razor-sharp teeth, and used an organ beneath its chin to sense the body electricity given off by its prey, which it would then spear with its pointed legs. The species had stretchy stomachs and three eyes.

Acklays were carnivorous, predatory creatures, and though they typically lived underwater on Vendaxa, they came on land to hunt the planet’s plains for lemnai. Surprisingly agile, acklays scuttled around on their six pointed legs, using an organ beneath their chins to sense the body electricity of their prey. They speared their prey with their claws, biting through them with razor-sharp teeth and snapping limbs or swallowing them into their stretchy stomachs. Vicious creatures possessing agile fury and bestial rage, acklays were known for their bite, and were strong enough to bite through a polearm and smash a stone pillar to the ground.

Acklays were known to be used as killer beasts in execution arenas, such as the Petranaki Arena on Geonosis. There, Geonosian picadors kept the creatures under control with jabs from long-handled spears, and at other times the beasts were chained. 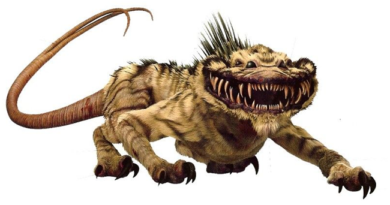 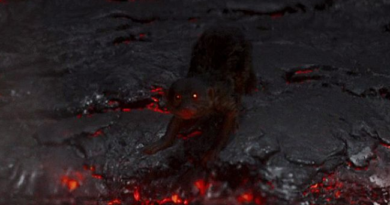 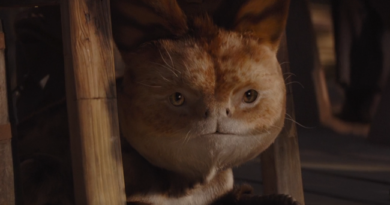